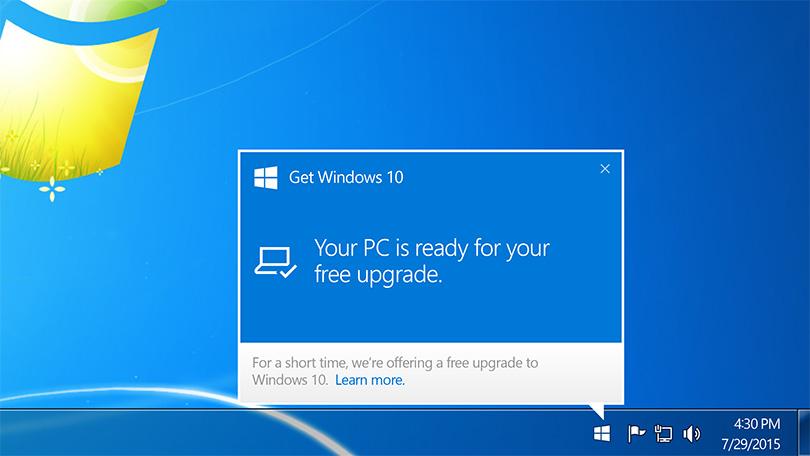 Microsoft has apparently admitted that in the past few days the company accidentally forced a large number of users of older versions of Windows 10 to upgrade to the latest edition.The company stated that it was a mistake.

Recently, numerous reports have been filed by affected users that their systems have been automatically upgraded to the latest version of Windows 10 without any interruption, even though they actually want to delay the installation of feature updates, so Microsoft has now cleared the air.

As the company announced in an update to knowledge base entry KB4023814, it has since been determined that the forced update notification on Windows 10 version 1709 was “shipped incorrectly to some devices running Windows 10 version 1703”. Microsoft has now fixed the error, the company said. From now on, the user-defined setting for the delayed import of new feature updates will be respected at a much later date.Reasons or causes of the problem are not discussed by Microsoft – in view of the embarrassment of such a mistake, this is probably not surprising.

Anyone who has been forced to upgrade to the latest Windows 10 version 1709 (Fall Creators Update) despite a delayed feature update delay can now try to downgrade to their previously installed version. As usual, however, the period for switching back to the older version is limited to 10 days.

It is still unclear whether the forced upgrade was really directly related to the telemetry settings. So it was probably only if you had set the lowest level for telemetry data collection – as soon as the user was ready to pass on at least the minimum amount of telemetry data to Microsoft, there was a forced update.