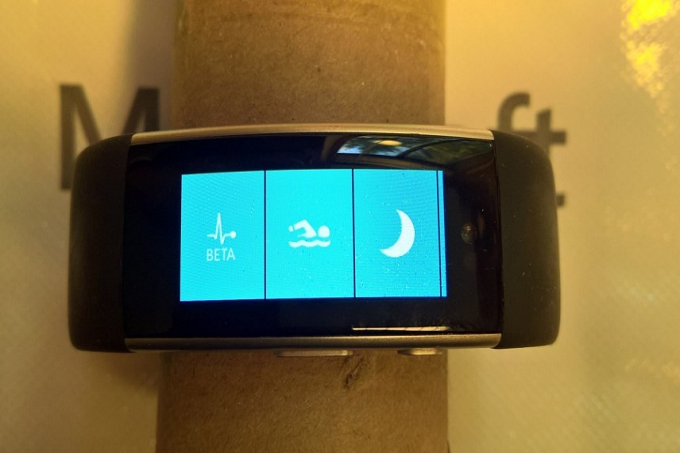 New details have emerged about the Microsoft band 3.Accordingly, the third version of the bracelet would have been waterproof and would have brought new sensors.Unfortunately, Microsoft has stopped the development of the wearables completely, although the third edition was apparently already almost finished.

Previously, only images of a prototype of the Microsoft Band 3 had been circulated. So far, nobody has got their hands on the smartwatch. Some people at Windows Central have now been able to test a prototype of wearables and come to a good overall conclusion.
Also Read: Microsoft Is Not Giving Up On Cortana

From the predecessor model, the prototype of the Microsoft Band 3 differs only in detail, however, a few interesting innovations were planned by Microsoft. Whether this would have helped the bracelet to break through, may indeed be doubted. Fans of the bracelet would have been very happy about it.

Among other things, Microsoft had laid hands on the clasp and flattened it significantly. In the previous models, the somewhat chunky clip had been criticized, with which one could easily get stuck somewhere. And the Microsoft Band 3 would have been waterproof too. However, Microsoft would have probably maintained the rest of the design.

With two new sensors for heart rate measurement and for RFID chips, the bracelet would have enabled a much wider range of functions and would have become a serious fitness tracker. The software had supplemented Microsoft with a training program for swimmers and one for daily health tracking. However, what Microsoft had in mind with the RFID support is not known because the corresponding function does not work with the prototype.

To bring the fitness band to a commercial success, Microsoft would certainly have to invest a lot of money despite the improvements. The fact that Microsoft finally pulled the emergency brake on the wearable, should certainly also be due to the great success of the Apple Watch and the other competition in the wearables segment.