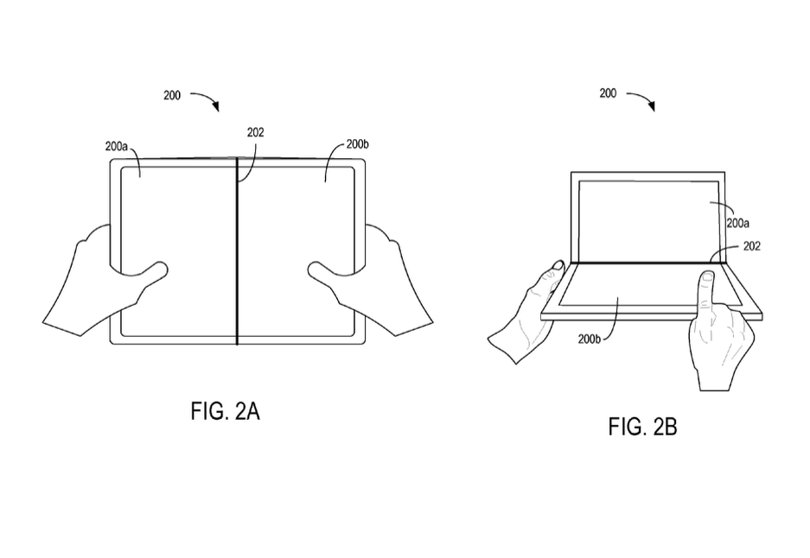 Are you bored with your smartphone? Do you want something innovative? Well. Microsoft might be planning to make a folding device in the future.

The concept of flexible and folding mobile phones is nothing new; Lenovo already has a concept phone that you can wrap around your wrist and Samsung is said to be making a device that can bend. A Microsoft patent, which was filed in 2015, which has been published demonstrates how Microsoft may try to make devices that are foldable in half. The patent has been written by two Microsoft employees, Timothy Large and Steven Bathiche, and describes an electronic device which can be folded around.  The patent tells of a way to connect the screens of multiple devices together with a hinge that can move in multiple directions. Drawings attached with the patent demonstrates how a device can be opened like a book and then it can be moved to a conventional laptop configuration. The hinge might allow the display panels to be moved relative to each other. The movements could be rotation, angling, folding etc. For instance, you may fold the panels to close the device (requiring an angle of around 0 degrees between the panels), or you may fold it to give two-sided display (requiring an angle of 360 degrees between the panels). 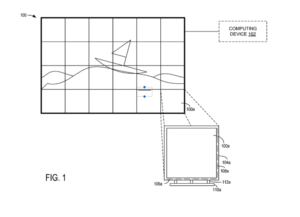 A screen like TV is shown in other parts of the patent. The surface area, which has been described as a computing device, is divided into 24 squares and each of the parts is seen as a separate screen joined together. The authors wrote that the hinge could be utilized for connecting multiple screens together to create a larger device. A picture might be continuously displayed on multiple display panels in a way that different part of the image will be displayed in each panel of the tiled display gadget. The connections will be below the surface of the screens and they will not be visible to viewers looking at the bigger picture. Just becuaseMicrosoft filed this patent doesn’t mean they will actually create this device. If anything is built, it will first be tested extensively before being launched for general customers. Many firms before Microsoft have thought about creating flexible devices. In January it was reported Samsung is likely to launch its own foldable smartphones by the end of 2017. According to those reports, Samsung is expected to produce more than 100, 000 foldable devices in the third quarter of 2017. Researchers at Queen’s University have shown a smartphone prototype that has a 720p LG flexible OLED touch-screen and runs on Android. This represents a new way of physical engagement with smartphones.

Will you buy folding devices? Do you want Microsoft to go on with this project? Let us know in the comments below!