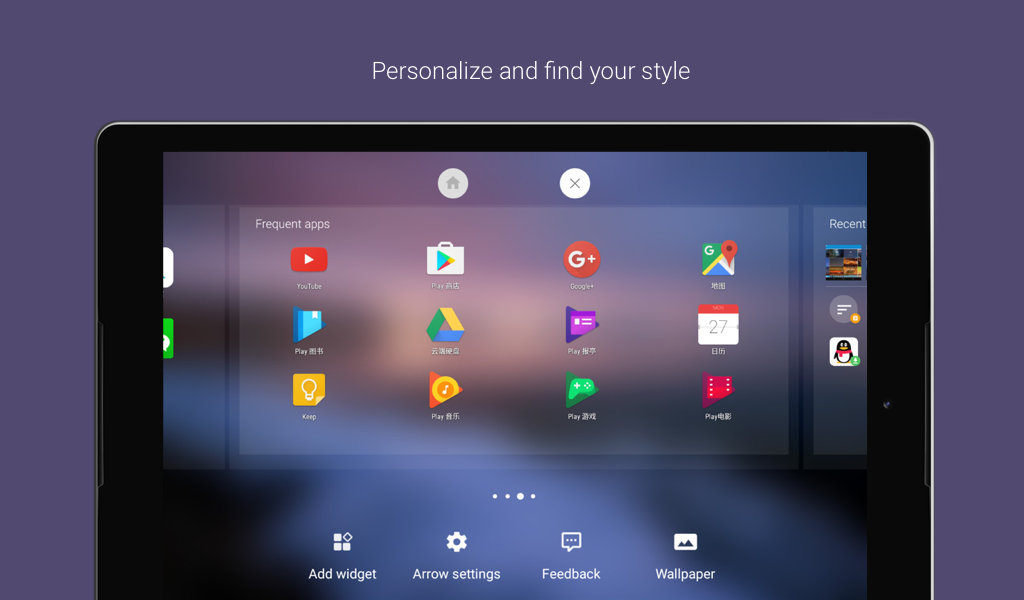 After the Arrow Launcher was recently renamed Microsoft Launcher, Microsoft has invested a lot of work in the further development of the app for Android.Now a new beta version is available, which brings numerous improvements and bug fixes.

The beta version 4.3 release allows you to import settings from other launchers as soon as the Microsoft app launches for the first time. Obviously, Microsoft assumes that many users will switch to their own program. However, Microsoft does not provide any information about which settings can be taken exactly. If the launcher has been started at least once before, no settings can be accepted.

In addition, Microsoft has also integrated other options for customizing the layout in the beta version. From now on the user can display up to 60 apps on one page. With a smaller grid, the icons no longer have to be arranged in fixed positions. On the other hand, one should note that a page can quickly lose its clarity. In addition, the search bar is now displayed at the bottom of the screen.

A previously chosen design now shows the Microsoft Launcher on all pages that contain setting options. The app can be downloaded and installed from the official Google Play Store after the user has signed up for the beta. This is also possible on the corresponding page in the store. When an update for all users of the launcher will be available, is still unclear.