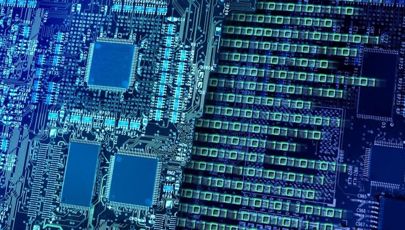 Microsoft has made good progress in researching quantum computer technologies.In collaboration with scientists from the University of Sydney, it has been possible to produce components from so-called topological insulators in the form of miniaturized components.

The assemblies in question basically consist of a non-conductive material, but its surface is conductive. It requires components that have been made from them to bridge the gap between components of the actual quantum computer and classic electronics. Thus, they are essential for the construction of practical quantum computers – because these must ultimately be accessible via conventional electronics.

The basic principle is not entirely new: Semiconductor properties of the topological insulator ensure that an electric current can either run in a clockwise direction or vice versa through the respective component. As such, they have long been part of radar systems and mobile stations in a larger design. In the construction of quantum computers, however, they are needed in much larger numbers and greatly reduced.

According to the Australian researchers, the components of this type available so far are about the size of a human hand. By miniaturizing by a factor of 1,000, one has now arrived in an area in which one can accommodate several components in one chip.This, in turn, is necessary to accommodate the quantities of such components as are needed in the construction of quantum computers, even in a manageable space.

Currently, there are first experimental implementations of quantum computers, which, however, only begin to show what could be achieved with corresponding higher-performance systems. However, to construct large machines ultimately requires enormous advances in conventional electronics, explained team leader David Reilly. Because otherwise you would not be able to control the Qbits of the quantum computer and use them wisely.
Source