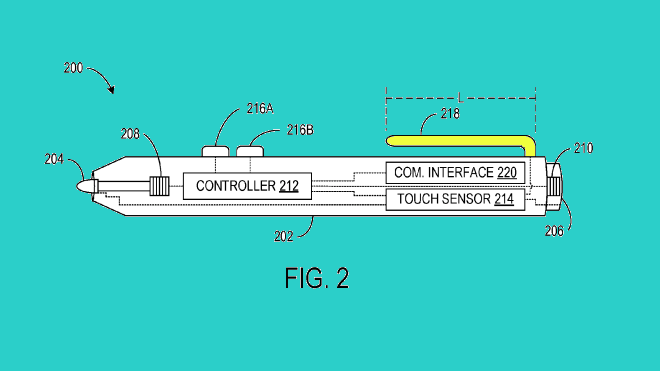 Microsoft is shipping many of its products with Surface Pen support and has integrated the stylus pen deeply into Windows 10. Now patents show that the company is playing with concepts on how to widen the functions of the pen. The idea: A touch-sensitive spring clip enables new input scenarios. 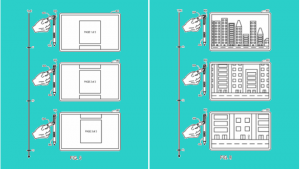 The days when stylus pens did not have their own functions and serve as a mere pointing tool are long gone. Even Microsoft has adapted its Surface Pen over the years, especially in terms of precision and feel. It also plays again and again with alternative input ideas. A new patent awarded to Microsoft this week now shows what the company could do differently on future models.

As the patent shows, Microsoft envisioned that future surface pens could be equipped with a touch-sensitive spring clip. In addition to the classic function of stowing the pen is more reliable, you could make further inputs directly on the pen- and contribute to the fact that users are even less dependent on the mouse.

For example, Microsoft describes a scenario in which the spring clip could be used as a replacement for the scroll wheel. The company states that until now the mouse offers clear advantages, for example when scrolling through long websites, as input pens require “an exact input at the scrollbar”. In another application example, the input of the zoom level in an image can be precisely made thanks to the touch spring clip.

Finally, Microsoft describes a very simple function that is possible with the smart spring clip: So it is conceivable to put the pen in a power-saving mode and to activate only when registering an input on the clip. Together with the other scenarios described above, this opens up possibilities that definitely sound like useful additions on paper.