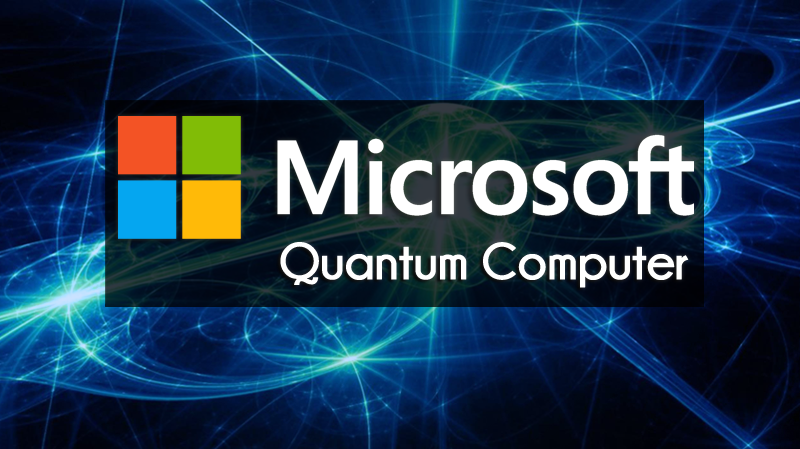 Microsoft has added another programming language to the .NET family of Q #.The language, which belongs to the Quantum Development Kit (QDK), should enable the development of software for quantum computers.A first preview of the QDK is available now.

Microsoft’s Quantum Development Kit, like other .NET languages, can be used with Visual Studio 2017. In addition to the language, the developer tools include a locally executable quantum simulator with which you can test your own developments. For more computing power, you can also use a more powerful simulator on Microsoft’s cloud platform Azure online, should your own computer be too weak.
Also Read: Microsoft Becomes The First Major Customer For Epyc Processors

A debugger, libraries, application examples and documentation are also included in the first preview of the QDK. If you are interested in the subject of quantum computing, you will find the Microsoft QDK help pages a good starting point. Q # and Q Sharp had already been presented by Microsoft to the Ignite conference in September, but at that time without an official name. At the center of Microsoft’s programming approach are so-called “topological qubits”. Analogous to the bits of classical computer science, qubits serve as the smallest possible storage unit and measure of quantum information. Microsoft’s Topological Qubits are said to be more robust in processing, requiring less error correction than regular qubits.

Microsoft has intensified its efforts on quantum computing recently and intends to take a leadership role in the still very theoretical topic in the future. The provision of Q # and the QDK and its interlocking with classic programming tools should certainly provide broader interest in quantum computing.

Also in the research, Microsoft seems to be well positioned. At the University of Copenhagen, Microsoft is currently investing many millions of euros in a new research center where engineers and software developers are to jointly develop a scalable quantum computer. This is so far a purely theoretical concept, is in conflict with the laws of classical physics and should eventually usher in a dramatic leap in the performance of computing systems.