Microsoft Is Reorganizing The Distribution Of Windows 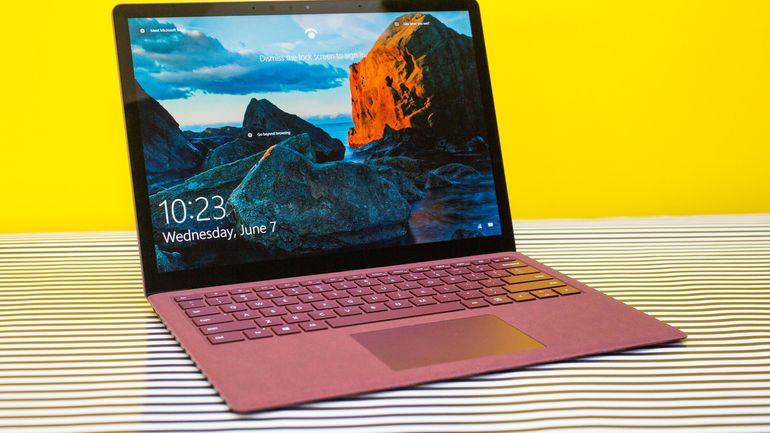 Microsoft plans this year to reorganize the distribution of Windows 10 in order to achieve higher sales and to be able to better address its customers.A part of this project are the new variants, the S-mode and also a changed structuring of the offer.Now we know how Microsoft is dividing the Windows market into its internal planning.

Microsoft specialist Paul Thurrott has received extensive insight into various internal documents of the software company, in which he sets out his strategy for the year 2018.Among other things, it reads which variants of Windows 10-based products Microsoft sees in the market for normal consumers and expected this year from its OEM partners.

Specifically, the software giant speaks of the following market segments:

These are higher-priced laptops, 2-in-1 devices, and desktops that are in direct competition with devices such as the Apple MacBook Pro. Above all, they should appeal to customers who want a high-quality, high-performance system with an appealing design. An example of this is probably the Surface Book 2, which should be considered as a kind of prototype of such a system.

With these products, Microsoft wants to compete with Apple MacBook in the 12-inch variant, the iPad Pro, and Chromebooks in the target. Examples of such products from the own portfolio might be the Microsoft Surface Laptop and the Surface Pro, whereby a quite wide price range is covered and the borders are surely fluent.

Also Read: Mainstream Support For Windows 8 and 8.1 To End Today

This category of equipment affects especially cheap notebooks, especially Google and of course in the education market very popular Chromebooks. Apart from the new basic model of the Microsoft Surface Laptop, alternatives are above all the so-called “Cloudbooks “, ie cheap, simply equipped laptops of various sizes, as they are now offered by Microsoft’s most important OEM partners in rows.

Although Microsoft’s internal documents for this segment expressly states Apple as the main competitors, so far, the gaming market for Mac is relatively small. The same applies to the area of virtual reality, in which Microsoft is already active with Windows Mixed Reality, but apart from its efforts on smartphones, Apple has little to offer.

This new segment includes new notebooks announced in December 2017 and 2-in-1 devices based on Qualcomm’s ARM processors with integrated LTE modem. But Intel and its partners have also announced mobile PCs with a built-in modem. The goal is to offer smartphone-like runtimes and connectivity for these devices.

In this segment, the pressure of competition is from Google Assistant, Amazon Alexa and now also Apple’s HomePod with Siri. Although Microsoft has some offerings in cooperation with the Samsung subsidiary Harman Kardon, particularly the Invoke network speaker, so far, the range of Cortana hardware is otherwise very limited.

According to the Microsoft documents, the premium market is already well-served thanks to strong growth, while in recent times it has fallen sharply for cheap and mainstream PCs. To counter this trend, Microsoft’s PC partners should not only offer ‘high performance’ or ‘good-looking’ ‘Hero’ devices but also boost more attractive devices in the affordable price range.

Among other things, test offers are being considered, giving schools and other educational institutions the option to try out new Windows PCs extensively before they are widely used. With this, Microsoft wants to be able to compete better against Chromebooks.For the normal end customer, the internal reorientation means, above all, that PC manufacturers are likely to respond with customized products to better cover specific areas and to benefit from discounts on Windows licenses.

In addition, Microsoft plans to persuade device manufacturers to offer certain features, including precision trackpads, pen support, Cortana with advanced hardware support, Windows Hello, and the ability to use Windows Mixed Reality, even on lower-cost devices. As a result, they are to be sold to customers more interesting and ultimately more often.