Microsoft Is No Longer Trying To Revive Windows Phone 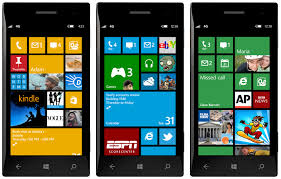 According to foreign media reports, the current mobile phone operating system market is basically dominated by Apple’s iOS and Google’s Android system. Microsoft’s Windows Phone operating system has only been able to capture a very small share of the market. Recently, it has been revealed that Microsoft is internally doing some system and hardware testing. You will probably not see a new Windows Phone ever again.

Microsoft hopes that this year’s new system will be able to give users a different experience, but Microsoft’s iconic dynamic past will not be abandoned completely. After all, this is Microsoft’s previous competition with Apple and Google. No date has been specified for the release of a new system, but we will probably have to wait for about a year for it. According to Mary Jo Foley, who has been tracking Microsoft for a long time, Chris Suh, director of investor relations at Microsoft, has told her that the current revenue from the mobile phone business is zero. The report shows that as of January 2017 the first three months, the US area of Windows Phone mobile phone share is 1.6%, compared to 2.5% over the same period last year, once again a decline in the situation. Earlier, Microsoft executives Terry Myerson had hinted that the Windows phone seems to be dying. He instead thought about developing another non-cell phone type device. He said that from a technical perspective, Windows Mobile has two things that are unique, one is a cellular network connection and the other is an ARM processor, so we will continue to invest in ARM and cellular networks. Although they can not say what type of device, he thinks they will use the ARM chip on Windows devices, which will also have a cellular network connection.

Microsoft has acknowledged the failure of its Windows Phone. It now wants to move on to AI and voice-controlled devices. It wants to make products that focus on productivity and creativity.