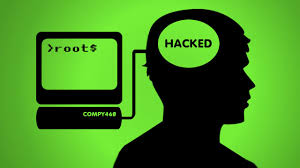 As if worrying about the data on our computers and phones wasn’t enough, researchers have said the hackers might be able to steal data from your brain in the future.

Mind reading technologies in the future might enable hackers to steal or delete data from your brain. New human rights laws need to be prepared to safeguard against exploitation and loss of privacy, according to researchers. Latest advances in neurotechnology could be dangerous to the freedom of mind. The researchers have proposed four new laws to fight this: right to mental integrity, right to mental privacy, right to cognitive liberty, and the right to psychological continuity. The mind is a refuge for personal freedom and self-determination. Advances in brain imaging, neural engineering, and neurotechnology can be risky for the freedom of the mind. The proposed laws will give people to protect themselves from coercive and invasive neurotechnology. It will also protect the privacy of the data that is collected by neurotechnology. It will also safeguard the physical and psychological aspects of the brain from damage and abuse by the misuse of neurotechnology. The progress of neurotechnologies, like advanced brain imaging and the creation of brain-computer interfaces, have moved these technologies from a clinical setting to consumer domain. Although these advances might be advantageous for individuals and society, there is a risk involved because of the chances of misuse of the technology. This can treat personal freedom. Brain imaging technology has reached to a level where there is already a discussion about its legitimacy in criminal court. For instance, using it as a tool to assess criminal responsibility and also to check the risk of re-offending. Consumer companies use brain imaging for neuromarketing, understanding consumer behavior, and getting the desired action from customers. There is a tool called brain decoder which helps turn brain imaging data into text, sounds, or images. All this can be very threatening to personal freedom and it must be addressed. With the improvement in neuro-technology and the fact that it is becoming commonplace, there is a risk of hacking, so a third party can spy on someone’s mind! In the future, brain-computer interfaces that will be used to control consumer technology can cause physical and psychological damage to users because of third party attacks. We also need to consider the legal and ethical concerns about the protection of data generated by this technology. International human rights laws have not made any specific mention related to neuroscience. Progress in biomedicine has become intertwined with laws, like those of human genetic data. The neuro revolution may result in the reconceptualization of human rights laws.

The prospect of mind hacking is so scary. Everything we do is already under a watch, just imagine what would happen if our mind gets hacked too!

Does the likelihood of mind hacking scare you? Or are you willing to face the risk for the advancement of neurotechnology? Let us know in the comments below!