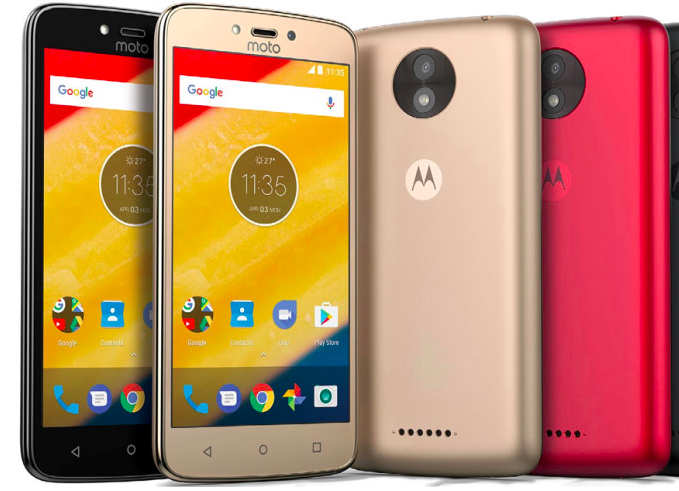 Motorola creates one of the best mobile phone sets and there is no doubt about it. Although they fail to garner as much fanfare and media hype as similar mobile phones from big names like Samsung and Apple or even LG. However the upcoming Moto C and Moto C+ might break the stereotype soon enough as it is expected to be the cheapest Motorola mobile phone set in the recent times.

Motorola that has been owned by Lenovo has just released its android based smartphones Moto G5 and Moto G5 Plus. Both these mobiles got great reviews and up till now the sales are also doing well. The price of Moto G5 is starting at $ 229 and that of Moto G5 Plus at $ 299 which will go up when some extra feature like more memory is added. However in the upcoming Moto C and Moto C+ series the price is expected to go as much down as $100. Yes if you are gasping, we were as much surprised you are when we first heard this news, but according to leaks from reliable sources, this is what Motorola wants to achieve.

If the Moto C is priced around $ 100 then the Moto C+ will be priced at somewhere between $ 150 to $ 180. Although the details are not very much known as yet but the expected screen size is 5 inch and they are based on android Nougat. Of course if the price is that low there are sure to be much less features as compared to the G5 and G5 plus but the mobile set will be quite affordable and the same features in mobile phones like Samsung and Apple would not be priced at that much of value.

Are you looking forward to the new cheaper Motorola Mobile phone? Share your views about this news by commenting below.