Moto Z2 Play Will Be Modular 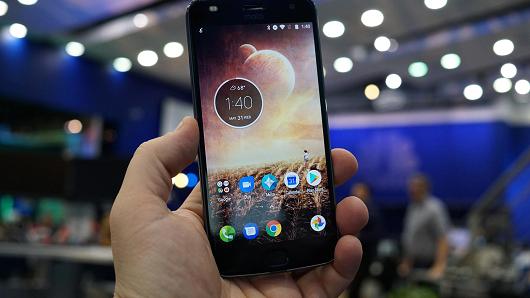 The Moto Z2 Play is a very affordable Android phone which allows you to attach many magnetic “mods” to add new features to your phone. Mods allow you to attach a speaker for louder volume, a battery pack for charge boost and to add new functions, such as wireless charging. Moto  Z2 Play is equipped with Xiao Long 626, 3G / 4G RAM, 32G / 64G ROM, supports microSD expansion, has rear 12-megapixel camera (f / 1.7), front 5 megapixel (f / 2.2), 3000mAh battery (USB -C), supports nano waterproof, Android 7.1 system. It is worth mentioning that, Moto Z2 Play still adhere to the 16Pin contact modular design. Last year’s Z Play was famous for great performance and great battery life. The Moto Z2 Play will hopefully be great too as it offers an easy day-and-a-half or more of battery life with a single charge. Moto Z2 Play has a large and bright display too. It does not support Google Daydream VR. It also has a headphone jack. A new gesture support has been added to the home button which also acts like a fingerprint reader. This will make it easier to manage windows and move between applications. The TurboCharging technology means the Moto Z2 Play will be able to provide around eight hours of use after a 15-minute charge. This is great for times when you are in a rush. Motorola has also improved the camera. 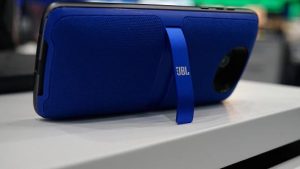 The mods are apparently the most compelling features.The JBL SoundBoost 2 speaker mod can be attached on the back of the phone to increase volume. The Moto Style Shell has a wood-grain texture which makes the phone look more attractive. It also has a purpose. It supports wireless charging. Attach it to your phone and drop your phone to any Qi or PMA charging pads. The Moto TurboPower Pack mode is thin and light. It gives you an entire day of battery life. It also TurboCharging. The Moto GamePad mod will release this summer, It makes your game a portable gaming system.

Moto Z2 Play 4 + 64GB is priced at 499 US dollars. It will be available by the end of July officially listed.