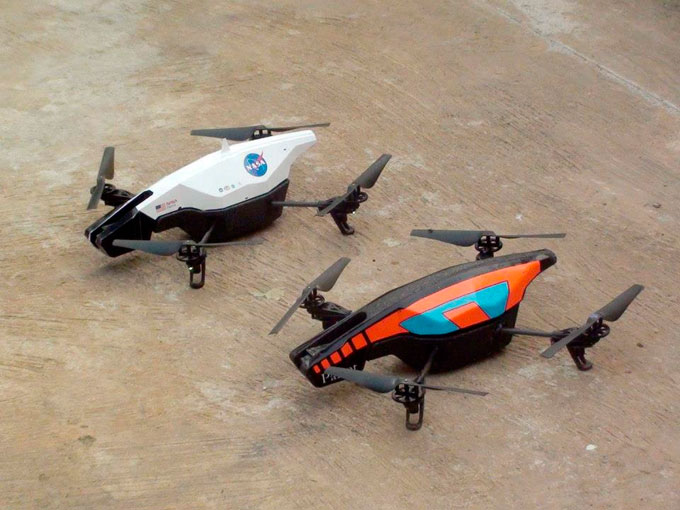 Autonomous driving is not the only area where scientists are currently conducting intensive research.Even with the computer control of drones, it seems to be moving forward rapidly.NASA has now shown in a new experiment that an AI-controlled drone is already superior to human pilots.

During a race, NASA’s vision-based flight algorithm developed for spaceships competed against professional drone pilot Ken Loo. The test track with obstacles Loo was able to complete with 11.9 seconds, two seconds faster than the drone. In terms of flight uniformity and stability, the automatic drone performed significantly better.

Among other things, the computer control is much better able to decelerate from high to slower speeds and can also deal better with sudden impairments. In addition fall in autonomous drones takes fatigue factor away. The drone course, which took only 11-13 seconds, was a very short time during which the human test pilot had to concentrate.According to Ken Loo, the circuit had a level of difficulty unknown to him, and he pointed out that he could not maintain his ability to concentrate at this high level for very long.

While the automated drones used video technology in the NASA experiment, up to now almost exclusively GPS technology has been used for current automatic drones in the civil sector. However, this should only be a technical intermediate and in the near future both technologies should be used in drones. Companies like the Airobotics co-financed by Microsoft are scenting the big deal.