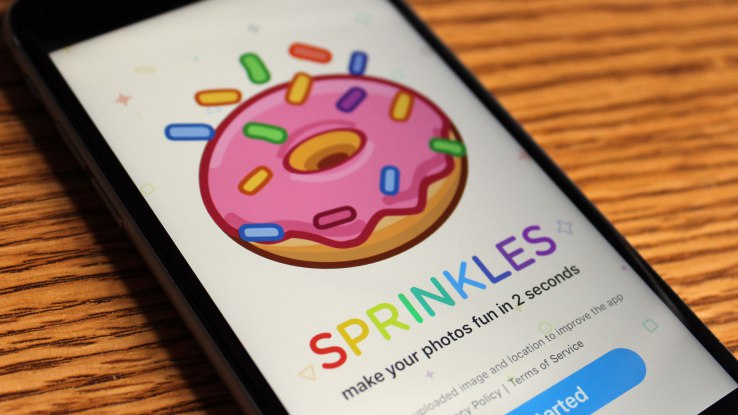 It seems all the big IT giants are into making SnapChat clones in one way or the other. Going visual with images and videos is the new and hot trend in the IT industry. After Google and Apple, Mirosoft also jumps on the bandwagon and releases a new camera app called Sprinkles. The name is very cute and sweet and one does want to try the app out ASAP however there is also something new that the app has to offer.

The early reviews are out and critics have nothing but praise for the app but they admit it has little to offer in terms of originality but still it is becoming quite popular especially with the young generation. Usually the main target audience for images and camera based apps are the young people who enjoy taking pics about every other moment of their lives.

However this app is extremely easy to master, so it might appeal to the older generation too.

The app has all the traditional camera app features but it also has machine learning incorporated into it. You can take pictures and videos with the app and can decorate and style them with emojis, stickers, effects and captions, however in addition to all this there is also person recognition. And the within the images, the app can recognize different objects and people in the pictures. It can also recognize expressions and suggest interesting captions for different photos with expressions. There is also resemblance to celebrity, guess the age kind of features included in the app.

The app has acquired a position in the new apps we love section of the App store.

The app is a free download on the iTunes App Store. Download the app and ‘Make your photos fun in two seconds.’