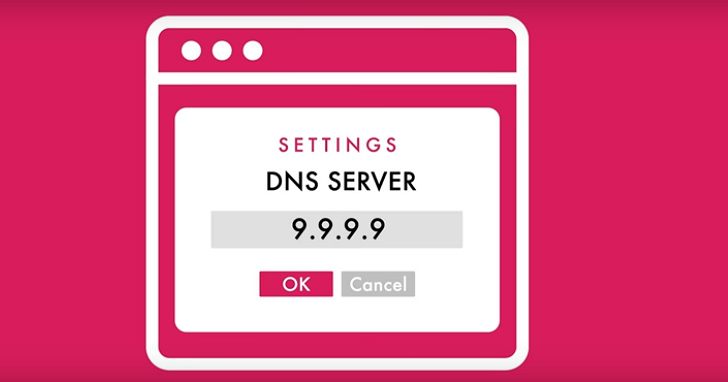 Those who not only want to rely on local software in order to be protected against threats from the network, can now also provide a new DNS server for differentiation against potentially harmful connections.Under the IPv4 address 9.9.9.9, the directory is reachable and good for those who want to keep contaminated sites out.

Google’s free DNS server at the address 8.8.8.8 is now well known. The new service under 9.9.9.9, on the other hand, is provided by the Global Cyber Alliance (GCA), originally founded by the London Police and IBM. And the big technology company is also responsible for the security features of the service.

Also Read: Android 8.1 Has A Great New Feature To Protect Your Privacy
As communicated by the GCA, the new service synchronizes with the normal DNS, but the entries in the database are filtered. The reference list is the IBM X Force service. It lists around 40 billion websites that have been classified as dangerous, either because they are trying to trick their visitors into malware or because they belong to the phishing segment.
Also Read: Twitter Controversies That Made Headlines

IBM not only contributes the X-Force database to the project but also the address. Already in 1988, the company had acquired the 9.0.0.0/8 block, from which around 16 million IPv4 addresses can be extracted – including the 9.9.9.9. To make these available for such a service is by no means a small service to the joint initiative, which now also includes various other public institutions and companies.
Also Read: 10 Easy Ways To Speed Up WordPress Website

The GCA emphasized that there should be no logging of specific DNS queries. The financing of the free service is therefore not done by evaluating user data and marketing the findings. This is often the case with other DNS services where the server is not provided by the provider and funded through the normal connection fees.