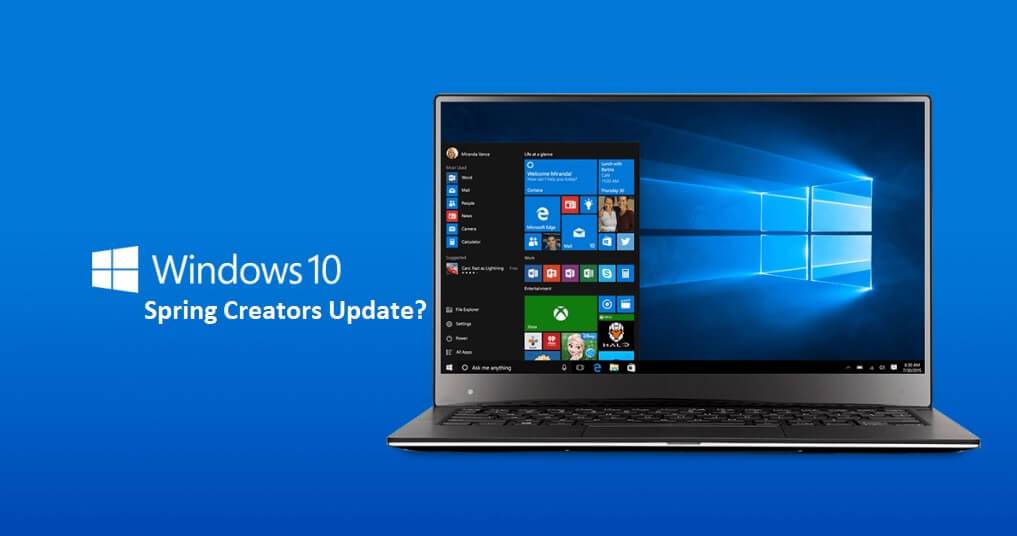 So, in the past, various hints have surfaced that Microsoft will be naming its next big feature package like the last two, so the next Creators Update will be the Spring Creators Update.An official confirmation from Microsoft is still pending, but the name this will probably be the name.

Microsoft released the original Creators Update a year ago, followed by the Fall Creators Update in the fall. In the next few weeks, the next feature update with the code name Redstone 4 is on, but a so-called marketing name is still missing. This is quite unusual, as earlier updates have already been officially baptized at this time.

The Windows Insider WalkingCat who goes by the username @h0x0d has found out the name of the next update via PowerShell. Version 1803 will be called Spring Creators Update. He found that in the most recent preview build for Redstone 5, the fall update of 2018.

The name has already appeared in the past, in a blog post last year and about a month ago in the Feedback Hub on a “bug bash”. This was not the case in one version of the operating system itself, but now Spring Creators Update has shown that way too. Apparently, there have been plans to find a name that focuses on a particular “subject of objects or people”. That does not seem to happen at the next update, so it will probably be a completely new name at the earliest in autumn 2018. For now, we’ll probably have to come to terms with the not-so-creative name Spring Creators Update, which some people find rather lame.