Is About.com so Worthless That No One Cares? 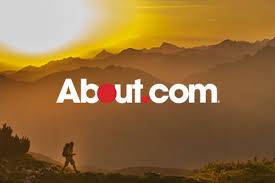 Long before Google became the go-to search engine, there were other ways to get answers on the internet. You could go on Yahoo, AltaVista, Ask Jeeves,  or Answers.com. Have these websites not crossed your mind lately? Well, that is hardly surprising as Neil Vogel hadn’t thought about About.com either till he was the CEO.

Vogel says that he got a call from Joey Levin, who is the CEO of IAC [parent company of About.com Group]. He asked what Vogel thought about About.com. Vogel responded that he thought nothing of it, neither do anybody else. Not all parts of About.com will be shut down though. Vogel will take parts of it and convert them into separate niche verticals, and give them new names. He says that until the previous year they were a general interest website. Vogel says that despite the great content, they were shrinking instead of growing. Right now, the About.com Group has four brands: Lifewire, The Spruce, VeryWell, and The Balance (covering technology, lifestyle and home, health, and personal finance) The company is planning to launch a fifth website, which will be travel-focused called TripSavvy, in spring. All the five websites, according to Vogel, will try to get traffic from search engines and they will optimize content based on what people are Googling, which is how you might have heard about About.com. About.com was launched in 1996. It jumped between several parent companies. Prime Media first acquired it in 2000 for a $690 million deal, but they later sold it to The New York Times Company in 2005 for $410 million. At the end, IAC got it for $300 million. About.com started well but couldn’t keep up. It focused more on search engine ranking than churning out great content. This is not something Google is very fond of. That is why About.com was bought for $690m in 2000, $410m in 2005, $300m in 2012, and now it is shutting down.

Vogel says he is not the guy who will be remembered as the one who ruined ABout.com, as it is already ruined. What can we say? Adieus, About.com!

Were you an About.com user? What would you say led to its downfall? Share with us in the comments below!