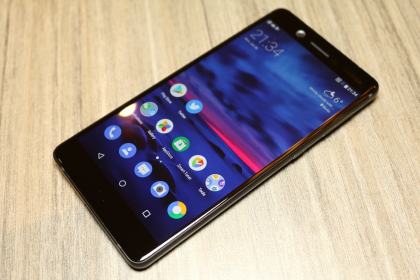 The Nokia 7 is the current mid-size flagship of the Finnish manufacturer and so far, the device is not available in Europe. The interest in it is quite large, which is synonymous with the nice-sounding name, which has been used by HMD Global for Android smartphones for a while.

Nokia 7, which currently costs around 300 euros in China, has a 5.2-inch IPS screen, which is resolved with 1920 x 1080 pixels. The Nokia 7 doesn’t have a borderless display or similar, but the edge is relatively small compared to other devices in this category.

Under the hood is a Qualcomm Snapdragon 630, which has eight ARM Cortex-A53 cores clocked at a maximum of 2.2 GHz. The memory is four or six gigabytes in size depending on the model, there are also differences in onboard memory, here either 64 or 128 gigabytes are possible.

A central point of the Nokia 7 is its camera equipment. Because the Finnish manufacturer wants to score with a 16-megapixel optics from Zeiss with F / 1.8 aperture, the front is a 5-megapixel camera with F / 2.0 aperture. It is interesting in a hands-on. And here it must be noted that the Nokia 7 suffers from a typical disease of glass backs, namely an extreme tendency to visible fingerprints. Of course, this effect is also enhanced by the black surface.

Overall, the Nokia 7 still feels quite noble, the workmanship is undoubtedly high quality. Anyone who is interested in the device and considering an order in China should keep in mind that the Nokia 7 does not support band 20, so you would have a very limited LTE connection.