Nokia 8810 Is Coming Back, Announces HMD Global At MWC 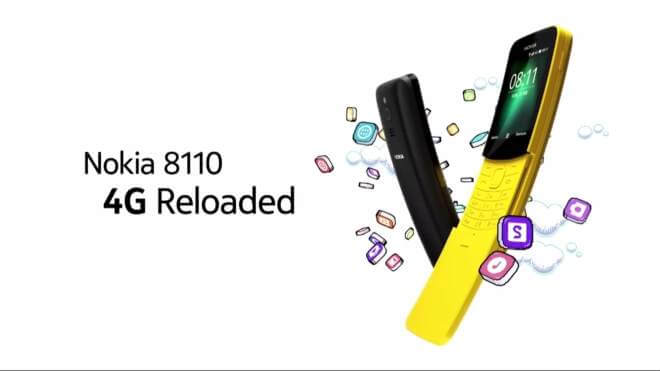 HMD Global has once again a real surprise for Nokia fans at the MWC 2018. The Finns will release a new edition of the Nokia 8810, another feature phone based on the old Nokia series release.

For the second time, HMD dares to re-launch a Nokia classic with a few new features following the revival of the Nokia 3330. The new Nokia 8810 makes use of the look of the eye-catching slider phones launched exactly 20 years ago, ie in 1998 but combines the whole thing with the latest technology and 4G support. Calls can be accepted or ended via the slider – simply by selecting or moving.
Also Read: Upcoming Nokia flagship to have Snapdragon 845 and penta lens

HMD promises high-quality workmanship, so that the new feature phone, like its predecessor, should score in terms of robustness and reliability. The display in the new edition is a 2.4-inch QVGA display with a slight curvature. HMD has also announced a”crystal-clear VoLTE calls and is perfect for anyone looking for an iconic 4G feature phone or companion phone.” The new-old Nokia offers up to 25 days of standby time for LTE and, depending on the network quality, can make between seven (GSM) and nine (VoLTE) hours of calls (WCDMA even up to eleven hours).

In addition to the legendary design of the Nokia 8110, of course, HMD brings the revised version of Snake with the feature phone. The nostalgia feeling should be complete with it.
The 8810 4G comes in two colors, classic black or banana yellow. It will be available from May at a price of 89 euros (RRP).