Nokia And Apple Bury The Hatchet 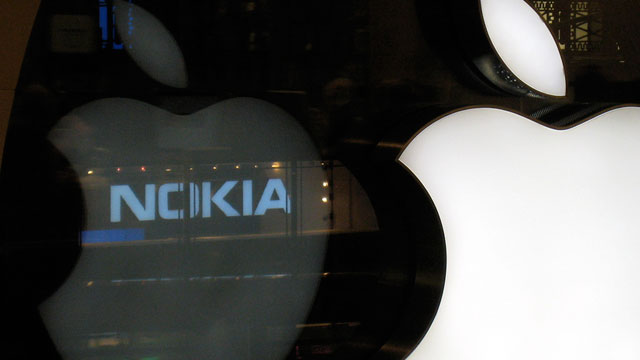 According to foreign media reports, Nokia announced on Tuesday, that it has settled patent dispute with Apple and the two companies have signed a commercial cooperation agreement.

Nokia and Apple have announced that they have settled all litigation regarding their intellectual property dispute and both parties have agreed to a multi-year patent license. It is a very meaningful agreement. Both the companies are now business allies, working towards the benefit of consumers. According to the business collaboration agreement, Nokia will provide some network infrastructure products and services to Apple. Apple will continue keeping Nokia digital health products in their retail and online stores. Nokia and Apple are trying to build a partnership in the area of digital health. Nokia and Apple will hold regular meetings to ensure the relationship goes smoothly, mutually beneficial for both the parties and their customers. Nokia will get some payment from Apple, along with revenues during the lifetime of the agreement. Nokia said that revenue from this cooperation agreement, as well as non-recurring one-time revenue, will be credited from the beginning of the quarter. Affected by this news, Nokia in the Finnish stock market in early trading rose 5%. The value of the agreement will be part of the Nokia Innovation and Technology patent license net revenue, some will be credited to other business in Nokia’s revenue. Nokia will disclose patent licensing revenue data in quarterly earnings.

Apple transformed personal technology when it introduced the Macintosh in 1984. Apple is still very innovative, which is reflected in their products. Nokia was a leader in the past, and it has a lot of experience. Hopefully, together these two companies will develop something great.