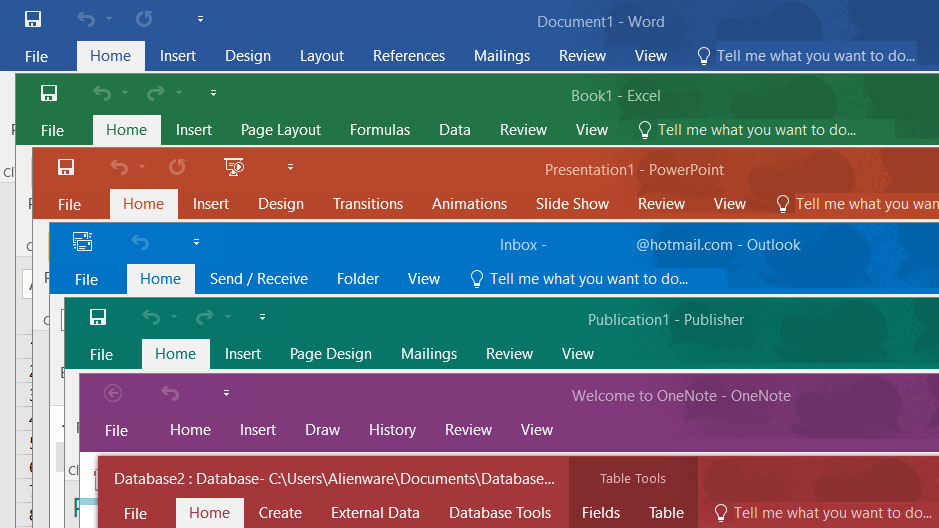 The next edition of Microsoft Office software is scheduled for next fall. The new version was already announced in the previous year, now Microsoft has announced that the corresponding preview of Office 2019 can be tested.

Not only did Microsoft today confirm the launch of the April 10 update for Windows 10 (as of April 30 as a download, as of May 8 via Windows Update), but also announced that Office 2019 is now available as a “Commercial Preview”. Jared Spataro, General Manager for Office, wrote in a blog post that this preview for Windows 10 includes the following applications:

Spataro goes on to say that this “milestone” is the first in a series of announcements related to Office 2019. Previews for the following products are expected in the coming months:

According to Microsoft, Office 365, ProPlus is the “most productive and secure office experience” ever. Of course, there are customers who are not yet ready to go to the cloud, and Office 2019 is the version of choice for them.

However, do not let the word “Commercial Preview” lead you astray. For “commercial” does not mean consumer (“consumer”), but companies (with volume license). In short, Office 2019 and the associated preview are intended for companies that do not work with Office 365. As expected, the latest version of the Office does not completely overhaul the concept, it is more of a consistent further development of the current Office 2016.

As highlights, Microsoft mentions various new features for pen input (“inking”), a more powerful data analysis in Excel and sophisticated presentation features for PowerPoint, including Morph and Zoom. These features are already part of Office 365 ProPlus, but cannot be found in Office 2016. A detailed FAQ can be found on the support page for the Office 2019 Commercial Preview. In addition, Microsoft has set up a separate discussion on how to participate in the Office 2019 Commercial Preview.