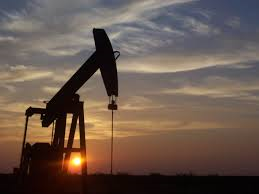 Oil is one of the main drivers of the global economy and its soaring prices for the last 5 years helped the Oil producing nations to amass massive wealth and produce budgets with generous social spending.  Suddenly, it seems that oil has turned back to the volatility of low prices and the slashing of its trading price by half seems to take a number of OPEC members into troubled waters.

OPEC members argued that 100$ a barrel is the justifiable rate that oil should be traded at and in case it went down they would readily  slash production in order to maintain this price. This was the case until last year, when American companies by the fraction process starting pumping shale oil flooding the market with excess supply this coupled by weak demand in China and Europe let the crude oil to nose dive to under 50$ a barrel, with OPEC’s decision not to cut production it seems that the trend would continue far into this year.

OPEC members led by Saudi Arabia, the largest exporter and the only country with significant spare  production capacity arguing they would not cut production and lose their market share but pump oil even if the prices go down to  25$ a barrel as the shale oil companies incur a higher cost of production and struggle to keep up with the cheap production of OPEC members and in the long run they would be crippled by financial crisis leading the shale producers to bankruptcy if the oil prices remain below 70-80$ a barrel.This will obviously come at cost. Saudi Arabia and other major producers whose exports rely heavily on oil exports had to redraw their budgets with massive cuts in spending and the deficits to be financed by cashing some of the 2.5 trillion dollar plus savings done in the last half decade.

While on the positive side consumers spending would increase and this would boost global demand for goods and service, this slump is good news for importing countries as they will see a significant cut in their import bills, Trade deficit would reduce and the countries industries would have cost advantage and power generation would surge as the furnace oil prices ease leading to a rebound in economies like, Pakistan. Consumers all over the world would enjoy extra bucks in savings and a fall in consumer price index would leave consumers better off in these economies.

The oil industry seems to be the most  vulnerable, especially the fracking producing companies in US who have borrowed heavily expecting high prices and in case the slump continues these companies would go bankrupt as the producers in the arctic fields and North Sea that require significant investment in extracting oil. The hardest hit exporters are Iran, Russia and Venezuela whose economy may well see a recession in the year ahead. Venezuela is already plagued by a severe economic turmoil and sanction hit Iran would struggle to keep its economy afloat. Russia after its Ukrainian adventure and in the face of on the ongoing crisis, sanctions slapped by the west and the crash of ruble is well on a track of recession this year and its GDP might contract up to 3% if the windfall continues. Some analysts argue that this fall is deliberate to teach both Russia and Iran but this policy may aggravate these countries to turn aggressive and endanger world peace. In Europe the European central banks task of fighting deflation seems to turn harder with lower oil prices.

If the oil slump continues it may alters the global economic landscape significantly for times to come.