OnePlus 5T Has Been Announced 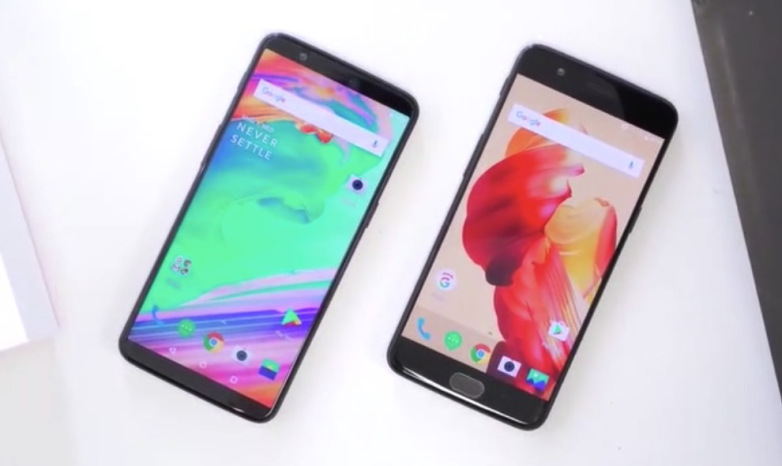 The Chinese smartphone supplier OnePlus has just introduced its latest flagship model, the OnePlus 5T.The device, which basically offers only minor differences compared to its predecessor, is mainly based on a stretched 18: 9 format display as a selling point. It also revised the camera equipment. 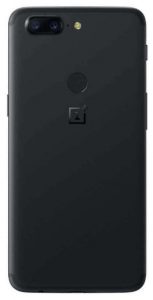 The OnePlus 5T has as the most important change compared to the predecessor introduced in June, a now grown to 6.01 inches display with a designated FHD + resolution of2160x1080 pixels on board. As the numbers already show, the new panel has become a bit longer and now has the same format as that announced by Samsung and LG (18: 9 or 2: 1)

It is again an AMOLED display with a diamond-shaped pixel matrix, which is not quite as sharp as higher-resolution panels or an LCD with the same resolution due to the Full HD resolution. The screen has slightly rounded corners and has a cover made of Corning Gorilla Glass 5, which is largely scratch-resistant. Although the panel has grown, the OnePlus 5T is only slightly longer than its predecessor, because the manufacturer now relocates the fingerprint reader to the middle of the back.

The edges on the front are significantly narrower in the new model, but they were reduced by about half. For users, the new panel also means that the hardware buttons on the front disappear in favor of the exclusive use of onscreen buttons. So if you are used to using a fingerprint reader or Android buttons and a home button on the front, you have to change now.

Under the hood remains the OnePlus 5T at first glance largely unchanged. The manufacturer installed a Qualcomm Snapdragon 835 Octacore SoC, which can also be found in other current flagships and the OnePlus 5. The chip reaches 2.45 gigahertz maximum clock with four of its eight cores and is again combined with six or even eight gigabytes of RAM. In addition, there are 64 or 128 GB of internal flash memory based on UFS 2.1, which ensure enormous transmission rates. There is not a MicroSD card slot here.

The cameras are the second highlight of the OnePlus 5T, at least when it comes to the manufacturer. The combination of a Sony IMX 398 with 16 megapixels and F / 1.7 aperture as the main sensor and a Sony IMX 376K with a total of 20 megapixels and F / 1.7 aperture as a secondary camera on the rear panel are now used. The system is configured so that it does not offer a zoom or wide-angle function, but the second camera is switched on in particularly low light to allow better images.
Also Read: OnePlus 3 has been rumored to launch on June 14: The flagship coming soon?

Of course, there is again 4K video recording and slow motion support. Also, the dual-LED flash is back on board, but you have to do without an optical image stabilizer. OnePlus uses the so-called ” Intelligent Pixel Technology ” in the second camera, in which four sensor pixels are combined to deliver better results with less image noise in low light. At the same time, however, the overall resolution also drops. The front camera now gets a 16-megapixel sensor from Sony donated, which provide better results in low light and also to be used for identification of the user by facial recognition. 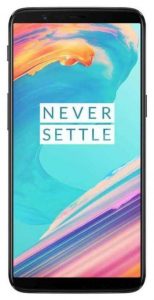 Of course, the OnePlus 5T transmits via Gigabit WLAN, NFC, and LTE with up to 600 MBit / s, but it also has support for Bluetooth 5.0 with aptX and aptX HD. Other features include Dirac HD Sound and wide LTE support. The overall package is again in a made of anodized aluminum housing, which will probably be offered only in the color black.

OnePlus installs a built-in 3300mAh battery that can be quickly charged with a five volt, four amp Dash charge, provided you use the included power adapter with the high- powerUSB-C cable. Unfortunately, the USB-C-port itself only supports USB 2.0, so it does not deliver very high data rates, as they would be possible via USB 3.0 or 3.1. The operating system is a limited adapted Android 7.1.1 Nougat used, with OnePlus will soon change to the current Android 8.x Oreo.

With a height of 7.3 millimeters and a weight of 162 grams, the OnePlus 5T is slightly thicker and nine grams heavier than its predecessor. Of course, once again the OnePlus built-in notification slider is on board, with which the user can quickly determine how many or which status updates, e-mails or similar notifications should be put through. A LED used for notifications is also installed on the front again.

Also Read: OnePlus 3 to be priced for slightly more than $300
The OnePlus 5T can be purchased from 21 November and it relies again on sales through its own website and cooperation with a number of dealers. Delivery will begin on 28th November 2017.Pricing remains the same: the OnePlus 5T costs with six gigabytes of RAM and 64 GB of storage 499 euros, while the model with eight GB of RAM and 128 GB UFS 2.1 Flash is offered for 559 euros.