OnePlus 6 New Leaks Show Glass Back And A Notch Display 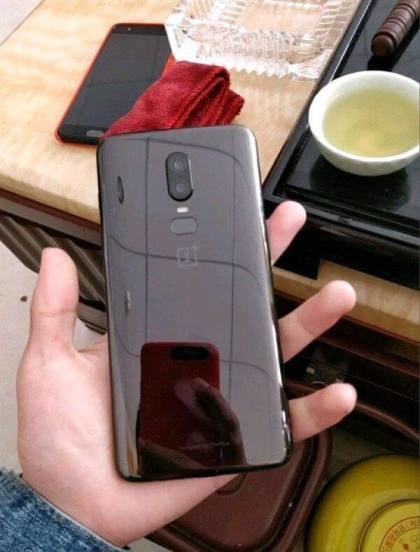 At the MWC, the well-known “Notch” display corner at the top is one of the big trends, as many companies are now implementing the design element first introduced by Essential and Apple.A new image of OnePlus 6 has been leaked that shows that there could be such an element for the front camera there as well. 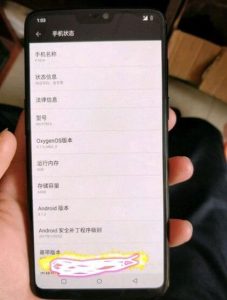 The Chinese manufacturer OnePlus is usually not represented at the Mobile World Congress (WMC), which is due to the fact that its new device is usually presented in the summer, followed by a “gentle” update of the current model in the fall. So it’s still a while until you get to see the OnePlus 6 officially.

Also Read: OxygenOS 5.0 Distribution For OnePlus 5 Stopped After Discovery Of A Bug

Now, however, an alleged picture of the next OnePlus device has appeared and this shows that the Chinese also rely on a Notch-like element. For the first time it was used by Essential PH-1 and Apple iPhone X construction and many manufacturers have recently picked up the screen shape.

The background to this is the trend towards frameless fronts with the simultaneous necessity of integrating a front camera, sensors, and loudspeakers. Asus, for example, does not even deny that they looked at the iPhone X. Whether the leak of the OnePlus 6 actually shows the real device, we don’t know. If the two shots are really real, then there is a significant design change in the house: In front of the aforementioned notch to see, there is a glass back with two centrally placed cameras and the fingerprint sensor.

The Leaker also gives us a look into the “inside” in the form of the system information: Accordingly, the model number NS P7819 has six gigabytes of RAM and 64 GB of internal memory. This is either the basic model or possibly even a pre-equipment, which is still working with older specifications.