A Must Read (then watch): “Outlander” by Diana Gabaldon

Home » Blog » A Must Read (then watch): “Outlander” by Diana Gabaldon 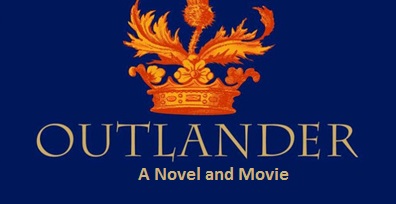 “Outlander” by Diana Gabaldon is a must read, so if you haven’t,  now would be a good time to pick it up. ‘Why,’ you might ask, well, it’s because you might want to read it before watching it on television. It is now available on the ‘little screen’ (TV) in some locations, and it might just be the hottest new show on television. Starz has signed and production of “Outlander”  is currently underway for season two.   They will be working with Sony Pictures Television and the adaptation will be written by Ronald D. Moore, who is known for his work on “Battlestar Galactia”  as well as some of the “Star Trek” movies. 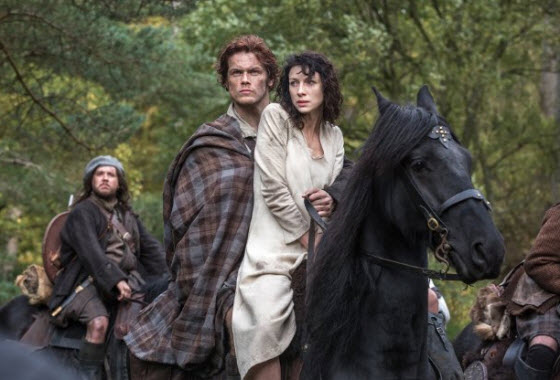 Gabaldon’s “Outlander” is an epic novel that does not keep its feet firmly planted in one genre.  No, it crosses boundaries on many levels.  While it most definitely  has romantic aspects, it is not just a romance novel.  In fact, Diana Gabaldon describes her novel to have elements that include “history, warfare, medicine, sex, violence, spirituality, honor, betrayal, vengeance, hope and despair, relationships, the building and destruction of families and societies, time travel, moral ambiguity, swords, herbs, horses, gambling (with cards, dice, and lives), voyages of daring, journeys of both body and soul…” when she talks about it on her blog.

“Outlander” is the first installment in an eight novel series. But, Diana Gabaldon is not finished yet. She is already working on the next in the series. All of these rather large books can be read independently, but many of the characters in the first, appear in several of the others. The eighth book, along with this first, are shorter than many in the “Outlander” series, being only 800 something pages in length, while the others contain up to more than1,400 pages. Don’t let that scare you away, though. No, the manner in which Gabaldon writes draws the reader in and keeps them turning the page. In fact, by the time the last page is turned, the reader is often left wishing for more!

Gabaldon’s “Outlander” series, as a whole, tells the tale of a happily married woman, Claire Beauchamp Randell, that unwittingly gets thrown two hundred years back in time. While visiting the Scottish Highlands for a second honeymoon, Claire passes through the stones of an ancient circle, finding herself in the 18th century. This first book tells of Claire’s misfortunes of being held captive and taken away from her means back to her own time, and her struggles to return to the stones where she would be able to once again return to her husband. 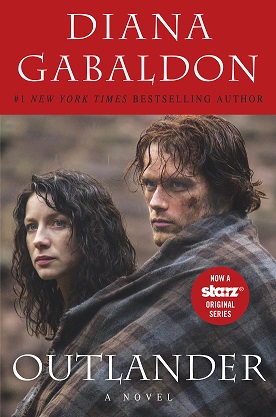 Unfortunately, Claire doesn’t have much luck finding her way back to the standing stones through which she had traveled. Instead, she meets one problem after another. One of these difficulties is met head on, literally, when she runs into a man that she mistakenly thought to be her husband. This man, though, was definitely not the gentleman that her husband was. In fact, she eventually finds that this man, who attempts to rape her (several times), is in fact an ancestor of her 20th century husband.

Gabaldon’s story of the “Outlander” is set in the Scottish countryside, with it’s rolling hills and valleys, damp and cold weather, and above all, the Highlander Scotsmen that many of us have learned about in our history books. Strong, independent, and just a little stubborn, were the Scottish people, in general. So, when Claire escapes the clutches of a British soldier, with the help of one strange little Highlander, she can not begin to predict what the future has in store for her. She meets a young Scots warrior named Jaime Fraser who shows her a love that is so consuming that she is torn between her husband that must surely be searching for her somewhere in the nineteenth century, and this kind, honest, strong  and virtuous young lad in a land that feels so ancient to her.

Diana Gabaldon uses prose as though she invented them herself. Descriptive words that show the reader the picture of the scene to the point that they can actually see it in their own mind, and feel as though they are there. Rich historical figures, along with scrupulously researched historical details draw the reader into the story, making them feel a part of the plot and setting as Gabaldon uses her masterful writing abilities to  beckon them to join the characters on their journey of adventure, misadventure, joy, laughter, sadness and sorrow.

I urge you to go to your nearest library, bookstore, or neighbor, and find a copy of “Outlander” by Diana Gabaldon and read it for yourself. Then, watch the series on television if it is available in your area. If not, season one of “Outlander” is available on video at Amazon.com or whichever Amazon is  accessible in your neck of the woods. You’ll find that the television series sticks to the main story-line, with only a few minor changes. I have read these novels many times over, and I admit freely that I will probably read them many more times. Diana Gabaldon has a magical way with words, and I love being taken away to another world; a world with strong characters, an exciting plot, love and laughter, and adventure in history.

you can buy the book from Amazon official site.