PlayStation Files For Patent That Signals A New VR Controller 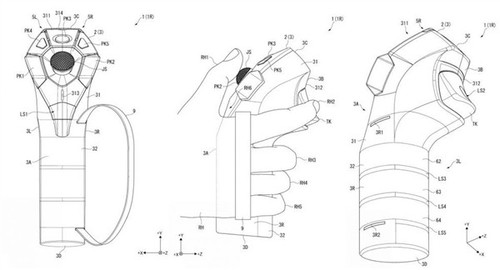 The PlayStation Move controller that Sony currently uses for its PlayStation VR has been around for quite a while, and while it’s easy to use, there’s always a limit to keeping track of it consistently, leading to complains about VR gaming experiences.

Recently, a new patent submitted by Sony showed that they are preparing to launch a new VR controller that interacts very closely with the Oculus Touch controller. Compared to the previous PS, the new controller optimizes the ergonomic grip design and increases the number of keys. In particular, the patent mentions specifically that the controller is tracked by the head instead of the external camera, which will greatly improve the dynamic tracking performance.

However, this is still only a written patent, just a theory and a theoretical transformation, there is no specific hardware news. Sony is undoubtedly developing the next generation of game controllers, but it does not mean that this patent will become a reality.