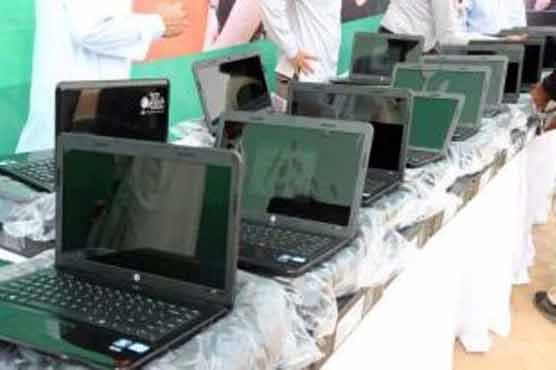 The laptop scheme ? Hmm ? What is this laptop scheme everyone is talking about ? From the very beginning this world has lived on the give and take rule. What’s the give and take rule? It works like this. You want something I got. Cool! You should have something I want. You have it? Okay then you give and you take. It’s simple as that. Of course it’s not so simple all the times but yes that’s the basic idea behind it. This is the way the world runs. Ironically the word selfless does not exist. Even the most selfless beings expect at least virtue and good deeds added to their deed registers to save them in the hereafter. I am not saying that is a bad thing. But yeah it is the way it is. So why am I blabbering all about these cruel ways of this world? It’s because I thought I would tell you about the new scheme in town. (Winks) The Prime Minister’s Laptop Scheme.

Sleek shiny metallic body with lustrous smooth skin. Curves and edges cut to perfection with a unique blend of silver and black almost as striking as a dashing gentleman in an elegantly tailored tuxedo. Skin as smooth as a baby’s, you won’t be able to stop it from slipping. So exotic that even the touch tickles. You are tracing your finger along its body, marveling at its beauty and exquisiteness when your finger is shown a red flag out of nowhere by a sudden rough patch in the otherwise so serene a journey. You are distressed to see what caused such an unpleasant a break in your admiring your loved one and what you see crosses all limits of displeasure causing you to shut your eyes in pain and distaste. You hate them for ruining the perfect beauty of your baby. You hate them for putting it there. You hate them for doing it to your laptop, your new laptop. Which you are so miserably in love with and then they do this to your new love and you just feel so terribly helpless.

Somehow you overcome your grief and annoyance and move on to lifting the lid, like unveiling a newlywed bride and everything becomes perfect again. It is even prettier inside. You close your eyes and press the power button. The dark as night screen becomes luminous as dusk and everything seems so mysteriously beautiful and then you receive your second shock of the day. 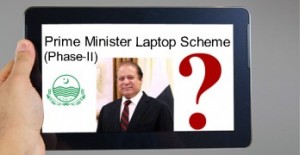 Along with the passage of time your heart gets used to these shocks you used to get in the start every time you powered on your machine. Moreover, though unwillingly, you have to admit that it was something you were not born with nor did you pay for it. It was a token of appreciation or recognition for your efforts on the academic front and as much as you not like these, you still love the PM for being so kind as to initiate this sweet program. Talking about the program lets talk a bit about the statistics.

This all dates back to PML N ‘s slogan which really gathered attention “Parha Likha Punjab “ in their governing tenure  over Punjab the last time. The parha likha Punjab scheme nourished from free books and copies to the next level when for the first time in history of Pakistan the CM Punjab Shahbaz Sharif distributed free laptops for the high achievers of board exams. Since then this program has gained attention by both the students and the facilitating bodies as it was a remarkable service for hardworking students, especially those who can’t afford it as it’s now become a gadget of great use importance of which can’t be exaggerated.

The political pundits also remarked it as a major factor in helping the PML N grab these elections as Pakistanis are a poor nation and giving a laptop in each house ensures you at least half of the votes of the family. This initiative became an important aspect of the political promises made by the PML N in their election campaign. These promises played their role when the PML N emerged as the winning party in the elections of 2013. PML N kept their promise as they lifted this province level scheme to national scheme and Shahbaz Sharif Youth Initiative became Prime Minister’s Laptop scheme and the government started awarding the academic toppers of various renowned universities all over Pakistan at undergraduate and graduate level. This is the first year of the enlarged scheme and has been promised to expand, encompassing more institutes and hence more students in the years to come.

Students are really benefiting with this initiative of the PML N as this time of advancement is beyond the use of just pen and paper and has entered the World of technology which can itself be accessed through technology only. I myself as a student and beneficiary of this scheme am really happy and grateful for this service and myself promise as well as urge the nation to make the best use of this assistance by the government to take our motherland to the heights that it deserves.