The record breaking location based augmented reality game, Pokémon Go, is going to have a water festival soon. Pokemon Go Water festival is inside, Pokémon Go, developed by Niantic and released in July last year became a global phenomenon. The game let the users catch small creatures called Pokémon in real time locations all around the globe. The game gives a view of the real world with augmented elements from the CGI that make users see Pokémon in the locations around them. The Pokemon than can be caught with Pokeballs. The players need to make frequent visits to Pokestops and gyms to train and replenish their supply of Poke balls. 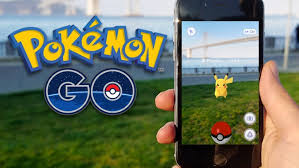 In order to keep the players hooked to the game, just like other popular games like subway surfer, different festivals and themes are included in the game that create the opportunity to make limited edition items and motivate the users with new challenges.

Here is what the official website of Niantic has to say about the Pokémon go water festival.

Get ready to make some waves in Pokémon GO! There’s a global Water Festival in progress, and Magikarp, Squirtle, Totodile, and friends are looking forward to celebrating with you! Starting today at 1 P.M. PDT, you’ll be more likely to encounter Magikarp, Squirtle, Totodile, and their evolutions all around the world. Additionally, when you’re out exploring areas where Water-type Pokémon more commonly appear, you’ll have a greater chance to encounter several of the Water-type Pokémon originally discovered in the Johto region, and maybe… you might even encounter Lapras.

The Pokémon GO Water Festival is a limited-time celebration and will come to an end on March 29, 2017, at 1 P.M. PDT, so get outside and GO catch some Water-type Pokémon!”

Now usually, the water type Pokémon are visible near water. When you are near a lake there is a better opportunity or opportunity to catch a water type Pokémon. Niantic has teased that during the water festival there is a bigger and better chance that you will catch the hidden Pokémon from that area. Niantic has spread a number of Pokémon all over the world in real world locations. The users need to move around to catch these Pokémon. Basically this game’s one major purpose is to make the people get up from their places and move around the country a lot.

Some Pokémon are location centric too. If a Pokemon is not easily available in your area, it might belong to another area. Niantic understands that not everyone can travel to different countries just to catch Pokemon so you can revolutionize the Pokémon that you have into ones that you do not have.

So all the Pokemon Go fan good luck for the upcoming water festival and hopefully you get to catch Lapras.

Do you play Pokemon Go? How do you think the game cane be improved in some way. Let us know your opinion by commenting below.