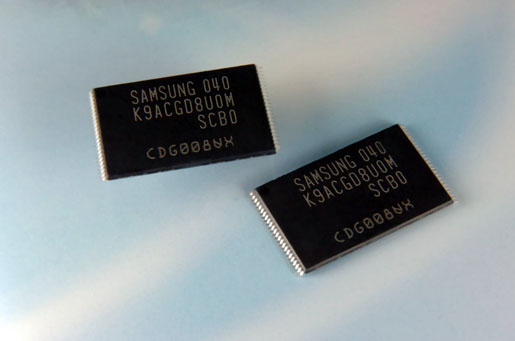 Samsung has to write off a small portion of its production of much-needed nand flash memory.A power outage at the semiconductor plant in Pyeongtaek, South Korea, has resulted in unscheduled plant shutdowns, massively disrupting extremely sensitive processes.

According to a report, thousands of them can basically be thrown away. These were somewhere in the middle of the processing at the time of the power failure. They react so sensitively to disturbances that they simply can no longer produce functioning memory chips.
Also Read: Samsung IP Camera Has A Vulnerability That Could Lead To Device Destruction

The production downtime is 11 percent of the total flash chip sales normally made by Samsung in March – or 3.5 percent of the world market production of the month. The power outage occurred on 9 March, but it took time for the exact magnitude of the consequences to be known and also known to the outside world.

However, Samsung is confident that it will be able to recover the failure in the coming weeks again. This is because the chip works were not recently run at the load limit. An increase in production figures will probably make up for the backlog. Nevertheless, it may happen that in the coming weeks, some deliveries arrive late at the customers and maybe the prices on the world market go up a bit.

The consequences would have been even worse a few months ago when there were already some bottlenecks due to the very high demand.However, the situation eased by the recent decline in orders for the Christmas season and even slight overproduction was expected for the first quarter. How the power failure could had such an effect and the condition of the existing replacement systems dare not known