Don’t you hate it when your page seems to jump while you are browsing? It takes you to an entirely different part of the page. Thankfully, Google Chrome is now solving this problem with something called anchoring. 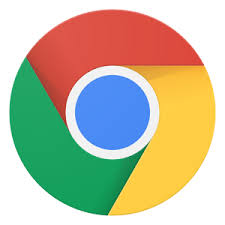 Also Read: Rank #0 On Google, Be Better Than The Best!

The latest update on Google’s Chrome browser will make mobile browsing easier and less annoying. One of the most frustrating things about browsing the internet on a mobile phone is that pages seem to ‘jump’ while they are loading. The reasons behind these jumps are pretty simple. Developers want to ensure that the actual content of page loads first, before additional ads and images. So if you have already scrolled down, the page resets while some offscreen ad loads and you suddenly find yourself in a different part of the page. Coincidentally, 90% of the time, the jump tends to happen right when you’re about to click on a link and you end up clicking on an ad instead. The latest versions of Chrome (i.e 56+) try their best to stop these jumps with the aid of a feature called scroll anchoring. Google has tested scroll anchoring in the Chrome beta versions for the year 2016.  The feature is now on by default. Google has said the anchoring feature currently stops almost three jumps per pageview. This number will probably increase. The focus of this anchoring feature is on mobile phones because more content loads offscreen in smaller screens. The feature is now on by default on Chrome for Windows, Mac and Linux.

Have you updated your Chrome for the anchoring feature? How has it fared so far? Let us know in the comments below!