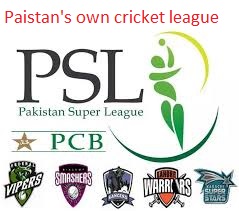 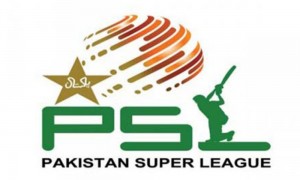 PSL- One grand, spectacular version of cricket is here . A treat to all enthusiastic lovers of cricket which is finally lightening up to its brightest glow and letting Pakistan emerge from doomed, negative image to a much better representation. This initiative by Pakistan Cricket Board is commendable and the professional Pakistan League has outweighed the cricket mania to next level. This is what Pakistan is and this is what Pakistan needs!!  An effective, interesting scheme that has really made Pakistani’s proud. Big event big names and big participation, nothing left to make this cricketing event any less than an international event. The country blooms with such laudable events and we as Pakistani’s are feeling quite energized and happy. PSL has earned respect from all over and tobe fair it was only a matter of time because after IPL the only country that can make it this big and can match the cricketing devotion of fervent fans is none other than Pakistan. PSL and the five provincial capitals representation is making news all over. Karachi Kings, Lahore Qalandars, Peshawar Zalmi, Islamabad United and Quetta Gladiators yes are the story makers all around. PSL is not short of big international names. Chris Gayle, Shane Watson, Sammy and Smith followed by our own hero’s Shahid Afridi, Shoaib Malik, Misbah-ul Haque and many more. Top foreign players have been roped in the tournament and Pakistan Super League PSL 2016 in UAE include players from almost all major cricket playing nations like Australia, England, Bangladesh, South Africa, Sri Lanka, West Indies and other countries.

Whoever wins this tournament, the ultimate 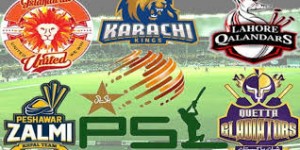 win is for Pakistan. PSL is another hope for a country that is always struggling and fighting against odds to maintain goodwill and positive image. The nation and media are fully supporting this tournament and letting the world realize the true spirit of Pakistan. This is the country of brave people who do not fear anything but are ready to rise up every time they fall. A step towards cricket revival in Pakistan, PSL success will definitely bring laurels for the country in general and for players in specific. The cricket board is aware that people in Pakistan badly wants cricket to return home and the isolation to vanish therefore is tagged as the PSL is the resurgence of Pakistani cricket. Dubai International Cricket Stadium can see Pakistan as a peaceful nation full of ambitions. A promising event, which puts Pakistan in limelight again and this time for all good reasons.

Everyone is keen to bring cricket back home again and let the world know our true image. PSL has managed to brilliantly keep audience intact with entertainment and give worth watching series with all teams ultimately making Pakistan proud. Every player has stunned the audience and given a treat full of great appreciable performances. PSL is no less than any star studded tournament with our extraordinary cricket players together with prominent media personalities supporting their teams with high spirit and happiness. The Dubai cricket stadium witnessing some amazing performances and PSL rocks!!Pakistan is one of the countries that have cricket lovers all over and PSL is the witness to it. The firing semi finals and the preparation for the final of PSL are in words of everyone. The nation’s heartwarming response and the player’s interest is keeping PSL live. Pakistan is no doubt a country where people welcome every joyous moment and situation with open heart. The final will be set to fire with houseful stadium on 23rd February 2016 and all eyes are on the underdogs of the tournament- Islamabad United after their mesmerizing performance against Peshawar Zalmi, the hot favorites in the second playoff. The final will be an interesting match between Quetta Gladiators and Islamabad United and we all hope the best side wins.

PSL has definitely managed to bring good name to country and has been a treat to watch for all. An excellent initiative to boost up confidence and become a brand for country that YES Pakistan can own their own LEAGUE!!!