The biggest mobile phone conference is coming to a close. The Mobile World Conference 2018 saw some amazing releases which made the headlines and people cannot stop talking about them, most importantly the unveiling of Samsung Galaxy S9 and S9+ with its amazing camera and slo mo features. However there was so much more at the MWC18 that seem to have been overshadowed by the SAmsung release. Apart from cool stuff there were some really weird MWC 18 releases. In this article we present to you those items of latest technology that are, a bit away from what we are accustomed to seeing.

So here is the list of some Weird MWC 18 releases

You all must have definitely heard about the Land Rover car but now there is a Land Rover mobile phone also and just like the car, that advertises extensively on its robustness and durability, similarly the phone manufactured by British automobile manufacturers in co-operation with Bullit, a reading based phone manufacturing company. The phone has a large battery that lasts two days and can be extended to last four days with an attachment added. The design is not that flattering but it will guarantee robustness and protection against falls and bumps. The phone will be available at the price of £599. So grab it if you are a known klutz and have broken many phones in the past. This one will be sure to last much longer.

So here is a pair of super cool sneakers where we have a SIM in a shoe and a strong Bluetooth connectivity. There is wireless connectivity within the shoes. The user taps their feet or move their toes to get two way communications. It seems a little difficult to operate with toes and feet however it might be good for people who are speciallyabled. Other than that one might wonder that is the utility of these. 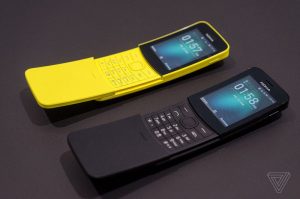 Although Nokia has released a really cool mobile phone at the MWC, the Nokia 8 Sirocco, that we have really liked, but it is the bit eccentric Nokia 8110 that has caught our attention. It is available in blaring yellow color (it is also being nicknamed banana phone) along with black. It has also an element of nostalgia attached to it like the previous Nokia 13310, it was used in the movie franchise The Matrix. The phone has a slight flexibility to it. The flip phone has its pwn charm, and although otherwise almost obsolete, this phone does seem to attract lots of customers. It has a cool display, nice camera and of course the Nokia signature Snake game and the price is less than $ 100 dollars. So in such a less amount what more do you want. 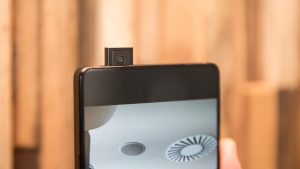 Although it is a part of our  Weird MWC 18 releases, but this Vivo mobile phone is not just different it is very useful and based on a brilliant design also. This phone has no bezels like literally. It is great to work with. The main feature is a cute pop up selfie phone that will come up once you press a side button. The elevating front camera gives the phone a freedom to a have a full frontal screen dedicated display. This is a really cool new concept and one might wonder why other mobile phone giants like Apple and Samsung have not thought abut it before.

Because of this unique design there will be buyers soon lining up for the Vivo Apex because mobile phone buyers and enthusiasts are always looking for even minor changes in design and this is a very major change.

Apple released the Animoji, setting  up the bar for Samsung and other mobile manufacturers. So Samsung released its own version called the AR Emoji. These might be the top contestant for Weird MWC 18 releases. Categorized by Samsung as fun release of the year, the AR Emoji are nothing short of weird. The main attraction of all emoji are their cuteness but these are not cute, not even remotely. And that left us with the option of weird. 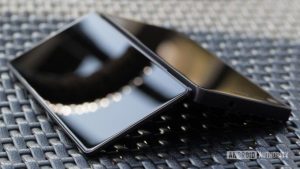 We have been hearing about the dual screen phones, but we were not aware that the first one to showcase it at MWC will be ZTE. The ZTE Axon M is a dual screen mobile phone and it is quite good too. The design is foldable and the cost of the mobile phone is $725. 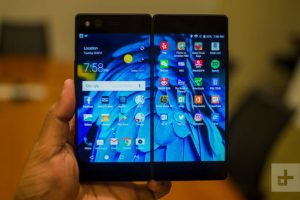 The chinese smartphone will be a great addition for the collectors who like to collect different and unique mobile phones. Although there is a lot of potential for dual screen phones and once there are apps made that are suitable for double screen so much can be achieved from them, however right now there is not much you can do to utilize the dual screen. The combined screens can give a bigger display if joined but that does require some more work. We hardly doubt that anyone apart from the collectors would like to buy this mobile phone because of the high price. 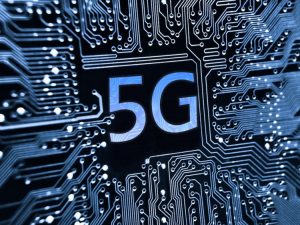 another weord thing about MWC 18 is the endless buzz surrounding the 5G technology but weirdly there are no mobiles, laptops or any gadgets for that matter that uses the 5G technology. So there are big billboards over the exhibitions that were plastered with 5G in bold letters but still there was nothing that promises 5G coming to the mainstream anytime soon. People were displaying what remarkable things we will be able to do once the 5G becomes mainstream but when will it be or more importantly how, well no one quite knew. So we though it was quite weird that the main buzzword has no real or even near potential existence within any device.

So this was our list of  Weird MWC 18 releases. There were quite great things in MWC 18 too that made us real happy, but as always some flops and disappointments. Anyways, MWC 18 came to a close with a promise of some more exciting and interesting stuff for the future.