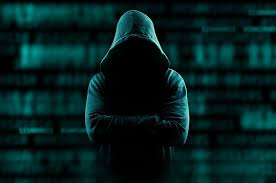 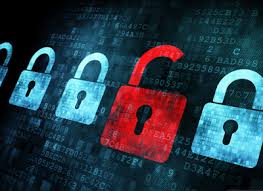 Also Read: What to Do When WordPress Site Got Hacked and Fix it

Roman Seleznev, is a 32-year-old master Russian hacker who spent some of the last years in his homes in Vladivostok, Russia and Bali, Indonesia. In those 2 years, by the figures of federal prosecutors, he made $17 million dollars by hacking into financial institutions and some other businesses and selling and stealing credit card information. He stole at least 2 million credit card numbers and resold them. All these cost financial institutions around $169 million. His operations weren’t just limited to large organizations. He also stole credit card information from small companies and business like restaurants, and he drove a lot of them out of business, such as a popular Seattle eatery. That is why a federal judge in Seattle sentenced Seleznev on Friday to a 27-year prison sentence. This is the longest sentence that has ever been given to a hacker in America. Getting to Seleznev was a stroke of luck. The Russian government lets hackers operate in freedom if their targets aren’t Russians and if they are willing to do some work for Russian intelligence agencies. So Seleznev made millions, and he had no fear of getting caught. Law enforcement officials have pictures of Seleznev with sports cars and a lot of stacks of 5,000 ruble bills (5,000 rubles is around $89). Seleznev had a carefree lifestyle but he exercised one precaution: he did not go to any country that had an extradition treaty with America. The Secret Service tracked his movements for more than a decade across the world but were helpless. They couldn’t do anything. In 2014, Seleznev was unlucky enough to take his girlfriend for a vacation in Maldives, which is an Asian nation of tropical islands. Maldives does not have an extradition treaty with America but the State Department convinced the local authorities to help catch him. Seleznev was arrested by Maldivian police when he was at the airport for departure to home. He was handed over to American officials, who took him to Guam on a jet and then transferred him to a federal prison in Washington State. Seleznev’s father, who is a member of Russia’s parliament and also an ally of president Vladimir Putin, condemned the arrest and said the accusations against his son are just lies. Seleznev wrote a letter to the court in which he confessed his hacking. He went on to describe his impoverished early life and the death of his mother from alcoholism. He thanked the officials for saving him from a deadly life by arresting him. This sentence might not be the only punishment he will get. American officials are trying to get $17 million of his assets. Seleznev also faces prosecutions related to hacking in Nevada and Georgia. This could result in an increase in prison time. If Seleznev is in jail, many other international hackers are still free. A month ago, the Justice Department charged 2 Russian hackers for breach of 500 million Yahoo accounts. There are 3 more that the Justice Department want to indict but chances are they will never be able to.

Cyber crimes are now taken more seriously than they were taken some years ago. This sentence serves as a good reminder to hackers and aspiring hackers that their online adventures can land them in jail.