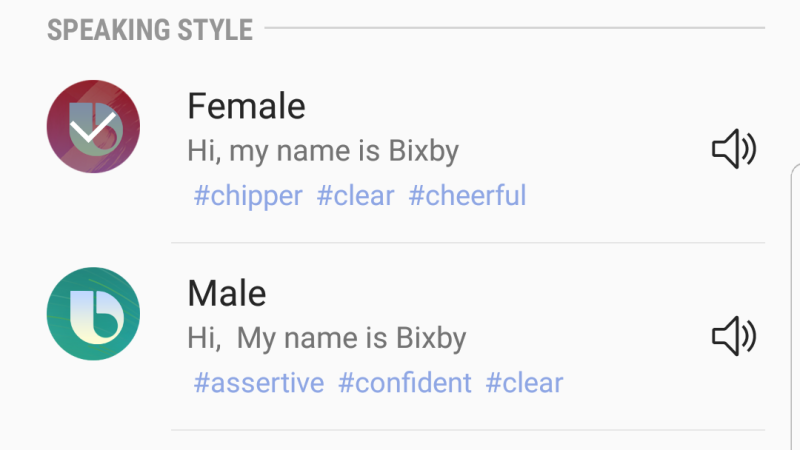 Bixby is constantly in trouble. Bixby has been facing a lot of difficulties in learning the English language. The English version has only been released recently. And as if all this wasn’t enough, Bixby is facing a new kind of criticism. Bixby has been accused of being sexist!

According to our source, the controversy stems from the hashtags that Samsung has placed next to the male and female version of its virtual assistants. The female version has been described as chipper, clear, and cheerful, while the male version has been described as assertive, confident, and clear. The protests have been so vibrant that the Korean company has already removed the indicted tags, claiming to be always attentive to the feedback of its users and, of course, denying any accusation of sexism. These words are a part of the menu in which users choose the gender of their virtual assistant.

Yet this is not the first time that the Asian giant is the protagonist of a similar gaffe: the presentation of the Galaxy S4 (almost a parody of Sex and the City) was critically criticized. We hope that Samsung will learn from its mistakes.