Samsung Galaxy Note 7 or Edge 7? Which one to buy? 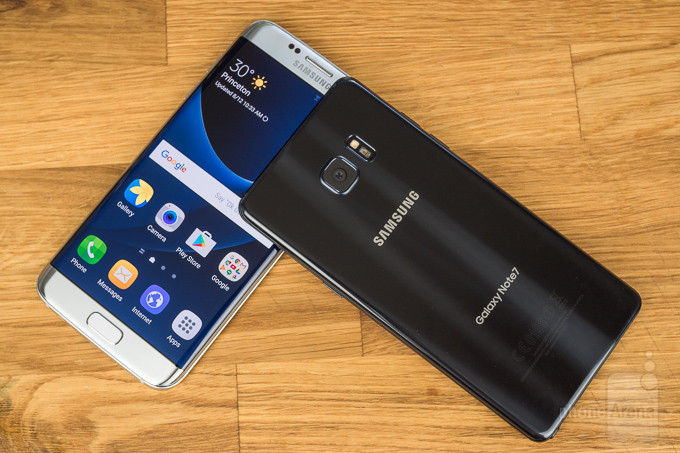 Although both of the Samsung handsets, Edge 7 and Note 7 have a whole lot in common, firstly the look and wraparound screen that has the same shortcut features. Other than that they have roughly the same specifications including the high resolution 12 MP camera and a top notch processor. 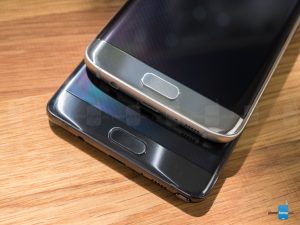 Having said that, we think that there is a lot more that Note 7 can do that Galaxy Edge 7 can’t but it is fair to say that both these devices are cut from the same cloth. Let’s have a look at how they differ. 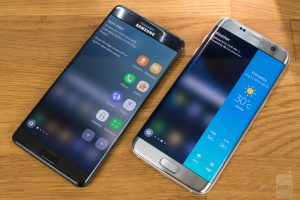 Both handsets have a standout design that is shining in the market and has attracted a whole bunch of customers just by their trendy and edgy curved/wraparound screens and not just the looks of it both have the same QHD 1440 x 2560 AMOLED panels.. But coming towards the comparison of benefits of drawbacks, of course the stylus pen of Note 7 is a distinguishable factor that Edge 7 lacks but then there’s the higher price of Note 7. 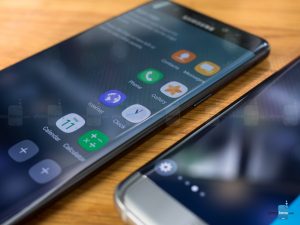 Another superiority that Note 7 has over the latter is the ability to play HDR10-encoded videos for richer and dynamic color display but then there is the unavailability of HDR content right now. 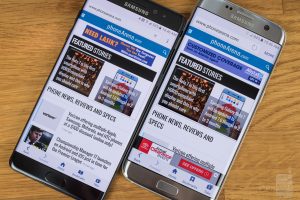 Galaxy Note 7 has got the privilege to debut the Samsung’s Edge UX, which has landed for the first time on a proper Note model. Though E7 contains the same screen gestures and similar interface but Note 7 runs with a much smoother, faster pace and easier-to-navigate implementation of TouchWiz so there’s that.

The exciting comeback of fingerprint authentication in Note 7 along with the latest iris scanning capabilities, is a commendable effort but there is still some room for improvement in this area for Samsung. 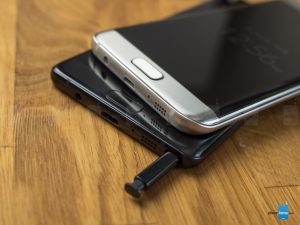 Note 7 doesn’t come with any new modifications in this area and has pretty much the same stuff we had in Galaxy S7 and Galaxy S7 edge. But it’s not all bad, the Snapdragon 820 is still the most popular flagship class in the market so no complains here.

It’s good to see Samsung stepping outside their boundaries with the 32 GB of internal storage capacity, and taking it to the next level with 64 GB internal storage of Note7 while Edge 7 is still featuring 32 GB. No advancements in RAM capacity have been made, after the predecessors. 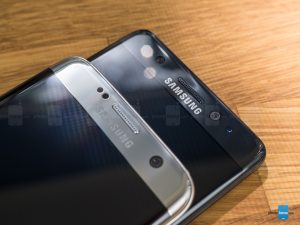 With same characteristics as its predecessors in phone memory and processor speeds, the camera specifications are not much changed as well. Samsung Galaxy Note 7 features, a 5MP front selfie camera and a main back camera of 12 MP, which is still great because the camera quality was top-notch in the previous releases of Galaxy S7 and GS7 edge. But as they say, there is always more room for improvement and we still have our fingers crossed till Samsung decides to come up with a better camera resolution. 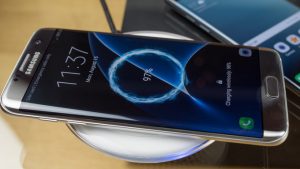 Finally it’s good to see Samsung Edge 7 having the benefit at something for once; the smaller phone seems to have a larger battery than the competitor Note 7 here. Edge 7 houses a battery of 100mAh. Though it’s not much; Note 7 still crams up for straight 7 hours as the tests show.

Cutting To the chase:

Samsung is being pretty straightforward to its users this time with the release of Norte 7 and Edge 7 and the question is simple; do you want a slightly smaller touch only handset or a larger one with a stylus??

We can observe Note 7 pushing Samsung’s much criticized boundaries with media playback and the new Gear VR which is starting to paint a pretty picture in Samsung’s flagship Note devices. the comeback of waterproof phones is allowing users to loosen up a bit and have fun without having to worry about ruining their expensive phones.

As we have seen the Note 7 has won the show at a lot of times when it comes to characteristic and feature comparison but if pricing factor is an issue we would suggest you to go for Edge 7 handset that comes with approximately the same features.