Samsung Galaxy S7: The Universe Awakens to the new release 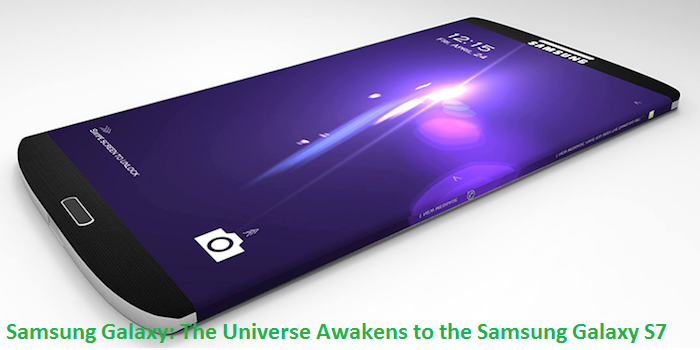 The Samsung Galaxy S7 looked edgy compared to the previous batches of Samsung Galaxy released, and when it is said “edgy”, it meant the apparent lack of curves on the sides. Not the round-tipped corners once seen from previous variants. But more like half-cylindrical shapes at the edges close to the Samsung name and the edges close to the Start button of this touch screen phone. In terms of width, it found common ground with the previous Galaxy phones. 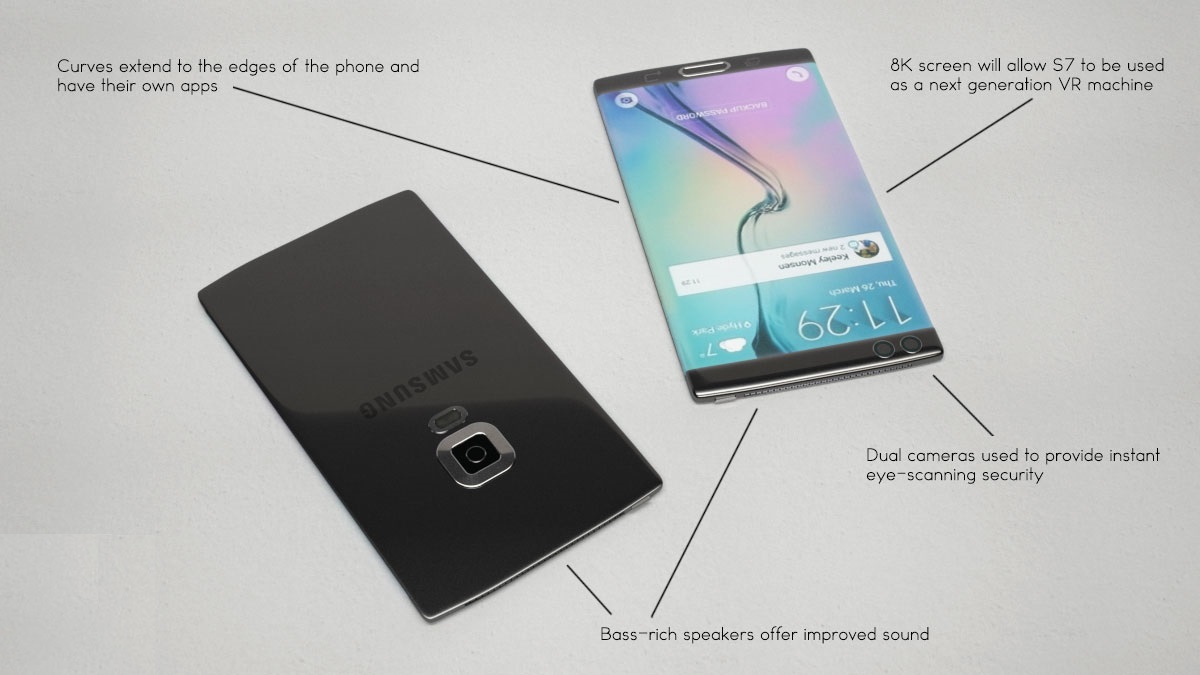 In terms of the material used, it’s lightweight metal. The sleek dark charcoal reveals a magnesium alloy covering. Whether it affected the way the Samsung Galaxy S7 is shaped or not is not that important. The edges are not pointy enough to be a concern in case you put in in your pocket. It denies earlier reports that the Samsung Galaxy S7 has aluminum alloy covering too just like its predecessors in the Galaxy series. This is because both magnesium and aluminum are relied on by mobile phone manufacturers to absorb vibration and shock. 2 elements that often affect the efficiency of a phone. It just so happened that not all mobile phone manufacturers would choose magnesium alloy compared to aluminum alloy as the former is pricier than the latter.

If ever there is one Apple feature that the Samsung Galaxy S7 is planning the beat the former with, it’s the pressure-sensitive display technology. What is pressure-sensitive display? This is a feature initially associated with the iPhone series that interpret the kind of action you’re asking from a business smartphone depending on how hard (or soft) you press your phone with your finger. In short, a convenient solution against “accidental likes” involving touch screen phones. Butt dialing may fall in this category too. Other bloggers would use the more blunt term “force touch”.

Also Read “WILL THE BIG SCREEN OF SAMSUNG S6 EDGE PLUS ATTRACT THE CONSUMERS?“

Everyone is still looking forward to the official launch date of the Samsung Galaxy S7. Everyone including the Apple loyalists and the rising number of Sony tablet admirers. And sometimes the word “gadget” is the term used as opposed to “business smartphone” or “tablet”. Some pundits even view the term “phablet” (phone + tablet) as a subliminal admission that Samsung Galaxy phones are too wide for the average hand. Maybe they weren’t thinking of Asian hands when they first manufactured the Samsung Galaxy series. Either way, everyone will get their hands on information alone and literally on the Samsung Galaxy S7 itself.