Samsung Galaxy S9 And S9 Plus: All We Know So Far 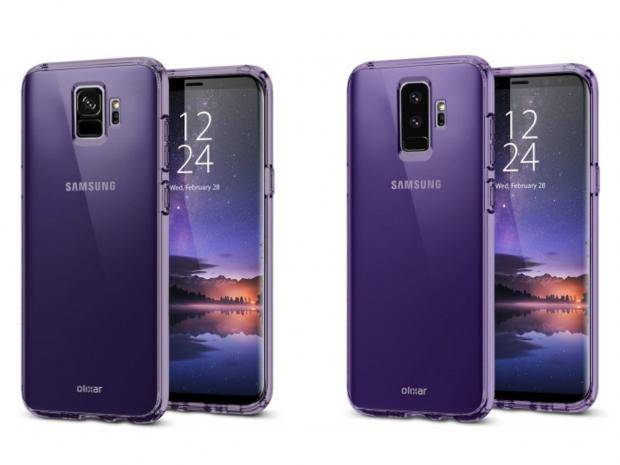 With the Samsung Galaxy S9 and S9 plus, the Korean electronics giant is soon introducing new flagship smartphones.Soon it will happen, but here are some details in advance about the hardware and official images of the new generation of the Galaxy S series.

Samsung’s Galaxy S9 and S9 Plus, each launching for the Mobile World Congress 2018, are firmly rooted in the recipe for success of its predecessor models, which have become trend-setters with infinity displays and have fundamentally changed the market. Thus, Samsung made more careful changes externally, for example, arranging the fingerprint reader a little differently and introducing a new color with “Lilac Purple”.
Also Read: Samsung Galaxy S9 First Review From A User Who Tried The Phone

is focusing Samsung on the camera and the speakers this year again, because the company has introduced the on the back of Samsung Galaxy S9 + SM-G965 a dual camera unit. The company also sets the Galaxy S9 SM-G960 on a variable aperture, so that the user can switch between an aperture of each F / 1.5 and F / 2.4.

In this way, optimal images are possible both in extremely well-lit scenes and in low light conditions. In addition, there is a slow-motion function, thanks to which the new Samsung Galaxy S9 models can record videos at up to 960 frames per second. At least one Full HD resolution should be possible, although the information is not yet confirmed.

The Galaxy S9 + comes as mentioned with a dual camera system, which combines two 12-megapixel sensors.One of them uses the mentioned combination of two aperture settings, while the second sensor offers an F / 2.4 aperture. Both sensors feature an optical image stabilizer and each uses a combination of laser and dual-pixel autofocus to focus as quickly as possible. On the front, there is an 8-megapixel camera with F / 1.7 aperture, which, unlike most font cameras, comes with its own autofocus. 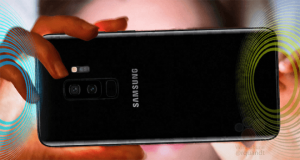 Another focus for the Galaxy S9 and S9 Plus are the speakers. Both the devices have stereo speakers. The “new dimensions” have been tuned by the audio specialist AKG. Combined with the included headsets with AKG branding, the Galaxy S9 even provides surround sound.

The displays have been reworked, but their size has not changed. The Galaxy S9 also has a 5.8-inch SuperAMOLED panel on board, which works with 2960 x 1440 pixels and thus offers a QHD + resolution. The aspect ratio stays at 18.5: 9. The same goes for the Galaxy S9 +, which features a 6.2-inch screen with 2960 x 1440 pixels and diamond pixel matrix.The position of the panel has been slightly changed so that the rim at the bottom of the device has shrunk slightly.

Also known from the earlier models, iris scanner and face recognition return with the S9.Whether or not a similar iPhone X technology is used to capture the user’s face is something we can not confirm, but Samsung has recently made some hints and has promised to introduce its own version of the “Animoji”. Thus, in the future, even under animated Emoji can be sent.

Samsung has also redesigned the internals in its new S9 series. In Europe, for example, the Samsung Exynos 9810 Octa-core-SoC is used, which is a processor with a 10-nanometer structure width. The chip features four 1.9-gigahertz power-saving cores combined with four high-end cores with a full 2.9 gigahertz clock speed.

While the Galaxy S9 comes with four gigabytes of memory, the Galaxy S9 Plus comes with six gigabytes of memory. The European standard version of the two devices comes with 64 GB of fast UFS 2.1 flash memory, which can be expanded by up to 400 gigabytes if required using a MicroSD card reader. In addition, both models will be available not only as a single SIM but also as a dual SIM variant. The battery of the Galaxy S9 is in the normal version of 3000mAh large, while the power storage of the Galaxy S9 + comes to at least 3500mAh. Samsung promises, as usual, that the batteries can bring the user comfortably through a whole working day. The power supply can be carried out both via supplied fast chargers and via wireless charging.

The two new Samsung flagship ships each run on Android 8.0, based on the recently introduced Samsung Experience 9.0, so the interface is heavily adapted and enhanced with its own functions. As in the past, the new S9 models are IP68 certified, allowing them to survive up to 30 minutes in a water depth of up to 1.5 meters.

The customer probably has the choice between three color variants in Europe. In addition to the well-known ” Midnight Black ” and ” Coral Blue “, there is a variant in the color ” Lilac Purple ” in the collection for the first time. In other regions also appears a variant in the color “Titanium Gray”, as the leaker Evan Blass has clarified. So far, nothing is known about the prices, but there are indications from Scandinavia, according to which the new models could be around 100 euros, which makes them more expensive than before. 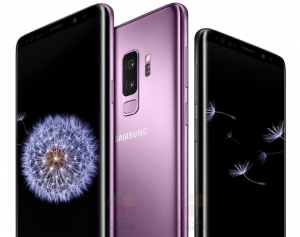 Samsung will begin accepting pre-orders for the Galaxy S9 and Galaxy S9 Plus as early as February 25, 2018 – the date of the official presentation of its two new top smartphones. Delivery of the new models will take place from 8 March 2018.

Galaxy S9 And S9 Plus Specifications

Are you excited for Galaxy S9 and S9 Plus? Let us know in the comments below!