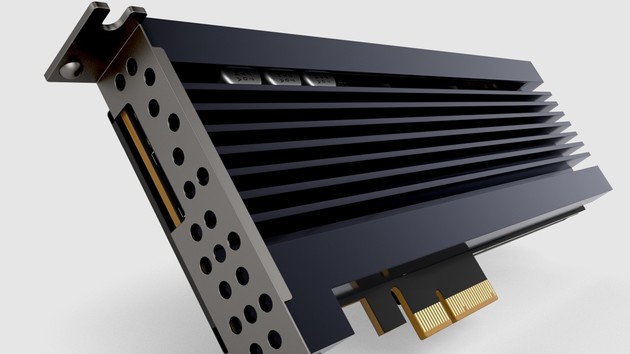 Samsung has introduced a new SSD model called SZ985 Z-SSD, which has ten times the reading power of V-NAND memory.With this, the group wants to be able to offer a competitive product in the growth market of the premium models, which is used for applications in the area artificial intelligence, big data and the Internet of Things.

In the run-up to the San Francisco International Solid-State Circuits Conference, which opens its doors on February 11, Samsung unveiled a new 800GB SSD designed to delight customers in high-performance computing (HPC). “We expect the advanced 800 GB Z-SSD to significantly contribute to the introduction of a new generation of supercomputing systems in the near future,” said Jihman Han, senior vice president of Memory Product Planning & Application Engineering at Samsung.

Accordingly, the SZ985 Z-SSD has been optimized for applications such as Artificial Intelligence, Big Data and the Internet of Things. High performance is achieved with Z-NAND memory chips, which are expected to achieve ten times the reading performance of 3-bit V-NAND chips. There is also an integrated SSD controller equipped with 1.5 GB LPDDR4 RAM.According to the information available so far, 750,000 IOPS reading power and 16 microseconds latency can be achieved. For the random writing speed, Samsung gives a value of 170,000 IOPS.

Also Read: Samsung And Apple Are The Biggest Customers Of Semiconductors

In addition, Samsung also wants to achieve reliability, which makes the SSD interesting for high-performance computing. The Group assures that the Z-SSD can be completely rewritten 30 times a day for five years. In addition, the Group emphasizes that the average operating time before defaults is two million hours.

Also Read: Samsung Galaxy S9 Will Have Intelligent Scan
For the launch of the new Z-SSD models, Samsung wants to offer in addition to the 800 GB model, a version with 240 GB capacity. The official presentation will then take place at the International Solid-State Circuits Conference – here, the group will probably also give information about prices and availability.