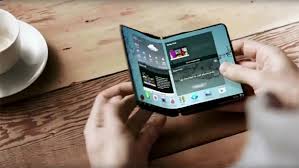 Apparently, Samsung has been to the Korean authorities to receive certification. According to media reports from Korea, a Samsung model SM-G888N0 has been registered by the South Korean regulatory authorities. Although this certification did not disclose too much information, but it does show that Samsung may release this information next year. The certification does not provide complete information about the shape of the foldable mobile phone. The National Radio Research Agency of South Korea lists devices which are either launching soon or currently available. It is a database which is like a repository.

Samsung has itself confirmed that it is working on a foldable smartphone. The actual release data is still not confirmed yet. It wont be available till the next year.