WILL THE BIG SCREEN OF SAMSUNG S6 EDGE PLUS ATTRACT THE CONSUMERS? 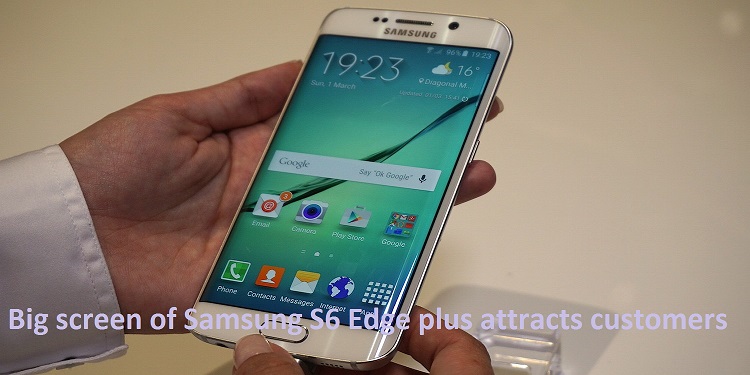 The electronic giant Samsung was looking forward to bring out their diversified phone with exceptional features, and this majestic electronic piece is referred to as Samsung Galaxy Edge Plus. The specs of this phone are devising to entice the consumers with full zest.

This latest released smart phone is having a main body fabricated with glass while the accents are made up of aluminum. The leaks claimed that S6 edge plus will possess the dimension of 154.45 x 75.80 x 6.85mm. This model could have 5.5 inch display, blurring the previous rumors which were claiming the number to be 5.7 inch. We may apprehend that the upcoming model will have a larger screen to entertain the consumer as compared to the previous model (S6 Edge) and the new realize of Samsung Galaxy S6 Plus came as expected with its large 5.7 inch screen.

Also Read “IPHONE 6 WILL PROBABLY BE A BILL BOOSTER“

The executing body of Samsung S6 Edge Plus model possess a hexa-core Snapdragon 808 processor. Samsung edge plus keeps 3GB RAM and 32GB minimum storage in its specification list. The rear camera is 16MP and selfie lovers will enjoy 5MP front camera. The software up gradation is not so decisive, yet there are rumors that RAW Photography will be a part of this phone.

This model was expected to be launched in third quarter of the year which launched as expected in August 2015 and is expensive than the last model. The prize of this phone is speculated to be higher than the last model (Samsung Edge), which is already referred to as extravagant commodity. Samsung would have some convincing features to make this upcoming model more expensive than the previous one.

Specs of Samsung S6 Edge Plus 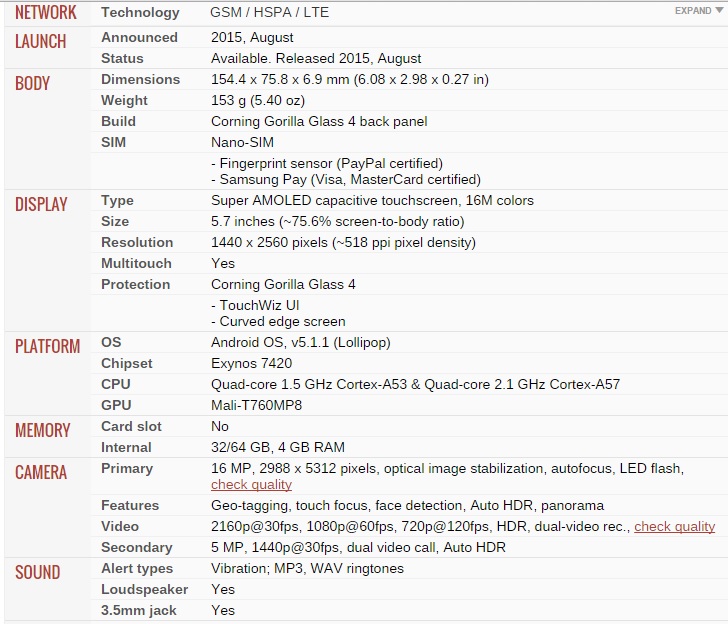 Samsung S6 Edge Plus is slightly larger than the Samsung Edge, and it is unclear that how Samsung will capitalize this alteration in feature as many of the features are identical with the last one. The electronic conglomerate keeps an edge on the fact that crazy fan of Galaxy will surely go for an upgrade to try the latest Galaxy S6 Edge Plus.

If you are one of Galaxy lover and tried this new release, do share your feedback about the latest Galaxy S6 Edge Plus.