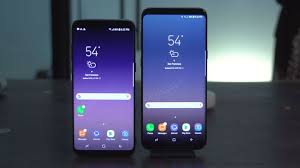 According to Strategy Analytics data, Samsung mobile phone shipments have reached 19.2 million units. The S8 smartphones account for a global market share of 22%.  In contrast, Huawei’s smartphone shipments in the first half of 2017 were 73.01 million units, which showed the strength of Samsung’s smart phones in the first half of the year. According to earlier news, the design of Samsung Note 8 and Galaxy S8 might be similar. Note 8 will have dual cameras in a horizontal arrangement, while the fingerprint sensor, heart rate sensor will be placed on the right side of the camera. The bottom of the fuselage will have three interfaces, including the S Pen hole, Type-C interface, and 3.5mm headphone jack.The front of the fuselage is also equipped with iris unlocking and facial recognition and other functions. It will reportedly be equipped with a 6.3-inch AMOLED full-screen screen and a 4GB / 6GB RAM + 64GB / 128GB ROM storage combination, but with a battery capacity of only 3300 mAh. Also for the Chinese market, an Emperor Edition of the Samsung Note8 will be launched. It will have 8GB of memory.