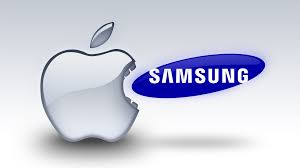 It came as a big surprise but Apple has been surpassed by Samsung in the Q1 sales. Although the Samsung Galaxy S8 and Galaxy S8 plus are stated for release at the end of this month and sales for Samsung will definitely skyrocket after their release but even before the release of Galaxy S8 series mobile, Samsung surpasses Apple for 2017 Q1 and it comes as a big surprise to everyone.

Apple has just released Apple iPhone product red edition. iPhone 7 and iPhone 7 plus also had a decent amount of sales and the mobile phone has been termed as a successful phone but still Samsung surpasses Apple in the first quarter of the year that is expected to see a lot of new and attractive mobile phone set releases. Actually people are waiting for the iPhone 8 to release and not buying iPhone 7 in the meantime. That is whyright now sales of Apple mobiles are low.

Here is what the report from TrendForce has to say about the performance of both Apple and Samsung in the first quarter.

Samsung’s sales results for its high-end smartphones fell short of expectations in the first quarter as consumers’ confidence in the brand had yet to fully recover from the recall of Galaxy Note 7. Nevertheless, Samsung continued to do very well in the mid-range and low-end segments of the market. The economically priced, high-performing Galaxy J series sustained Samsung’s shipments and contributed significantly to the expansion of the brand’s overall smartphone production volume. Samsung was the only brand that saw positive growth in production volume during the off season of the first quarter

The other big brands in the field of mobile manufacturing like LG and Huawei also fail to rise high enough to challenge these two giant companies. Huawei remains on the top in China. Xiaomi, Vivo and oppo all brands are about to release new mobiles this year. Let us see if Samsung is able to maintain its strong footing till the last quarter of this year.

Share your favorite mobile manufacturing brand with us by commenting below.