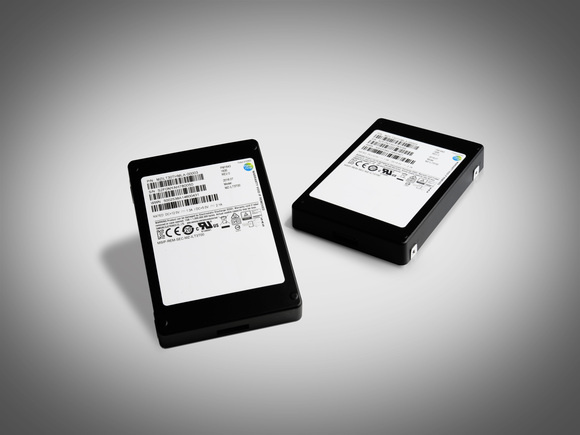 Samsung Electronics can always be relied on for being at the cutting edge of producing products based on its own components.For example, the company once again succeeds in bringing a top-of-the-range SSD to the market, which has at least 30 terabytes of storage space.

This means that Samsung now comes to 30.72 terabytes after the 15.36 terabyte SSD, which was presented two years ago. The storage medium with the type identification PM1643 in question is enclosed in a 2.5-inch housing. The enormous growth is made possible because Samsung has now doubled the capacity of the installed 3D NAND chips to 512 gigabytes.

In principle, Samsung can deliver chips with a capacity of one terabyte each. However, these are twice as large and the installation in the SSD would make little sense. However, with the components in the controller development already advanced in practice, nothing stands in the way of a further doubling of the capacity in the foreseeable future.

Hard drives are not just suspended in terms of capacity, but also in terms of speed. The SSDs bring it to read bandwidths of 2,100 megabytes per second and can write 1,700 megabytes per second. Only the price is the big problem here – even if Samsung makes no specific information, a storage medium is likely to cost a multiple of a hard drive. As a result, the PM1643’s target audience is currently limited to data center operators, where efficiency is more important than hardware pricing.