This Is How Samsung’s Folding Galaxy X Will Work 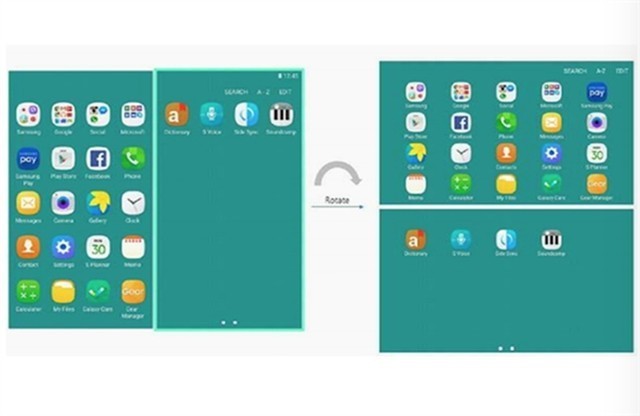 Samsung is about to launch a folding mobile phone. This has always been an open secret in the industry. Some people have been concerned about how the phone’s UI system will be designed. Just recently, the UI of the Galaxy X UI appeared on the Internet.

The Galaxy X mobile is based on the concept of stitching. When watching videos, you will get an entirely different experience. This UI can support both vertical and horizontal operation, while the two screens can also handle multi-tasking process. However, apart from the release of UI design, no other information has been revealed.

During the Samsung Galaxy Note8 press conference, Samsung Mobile Director Gao Dongzhen said that the folding phone will be unveiled next year. In September of this year, Samsung folding mobile phones made more developments and won the Korean regulators certification.

According to South Korea media reports, a Samsung model SM-G888N0 foldable cell phone has been given the Korean regulatory authorities certification. This model appeared in last April’s Bluetooth and Wi-Fi certification, and it is with the code-named ” Project Valley” or “Galaxy X” for the outside world.

Although this certification did not disclose too much information, but it does indicate that Samsung may release this device next year. After the certification of the Korean government agencies, the realization of this goal is a step closer.However, this certification document does not provide information about the shape of a foldable phone. As for whether this phone can be launched before the end of 2018, it is difficult to judge at present.