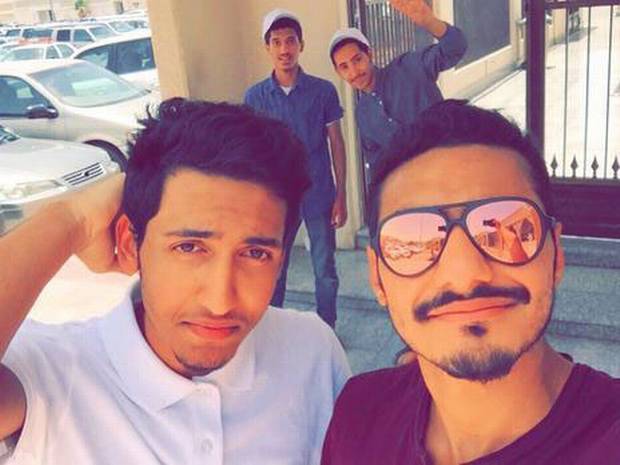 Reported The Express Tribune on May 29th when an unfortunate incident happened at Al Anoud Mosque in Dammam. This was the second tragic incident in the Shia majority province of Saudi Arabia that too just in a week after the sad instance of the death of 21 people in a similar bomb blast in Al Qadeeh Village at the hands of the Islamic State. Of course these sad incidents are heart wrenching, targeting people at their place of worship where they are at their most vulnerable. Meek and bowed to the almighty, concentrating on their connection with their creator they never think that a cowardly soul can think of attacking them from their backs covering the holy home of The Magnificent in blood. Though these events make us sad as everyone but this blog is not aimed at mourning those who left us, rather hailing the bravery of two unsung heroes.
AbdulJaleel Arbash and Muhammad Ali ibn Isa had been friends as long as they had lived. They were born and raised in the Shiite majority province of otherwise Shiite minority Saudi Arabia. They very heroically laid down their lives as offerings in the Saudi Arabia blast and in return saved numerous other lives. The incident as heart-rending and tragic as it was, could have been catastrophic, had it not been these brave souls who without giving it a second thought embraced martyrdom and saved many innocent lives.

This handsome young face is of AbdulJaleel Arbash who was 22 of age. He was a student pursuing electrical engineering at Wichita State University Kansas. On approaching a professor of his, he described Arbash as a “gift from God”. The young lad had just returned for the summer from the United States to get married to her fiancée to whom he was engaged for two years and had got bound in marital tie just a few days ago. His hobbies included cooking and cycling. He was also very fond of motor bikes. The family also lost his brother Muhammad Alarbash in the blast.

Muhammad Hassan Ali ibn Isa was the younger cousin of Abduljaleel and was 18 years old. He had just graduated from his high school, Makkah High School at Dammam. One of the relatives reportedly said on media that the heroic death of the cousin brothers had firmed their faith in Allah Almighty. Both the lads were known to be best of friends and as told by a relative were loved by all for their good manners and lovable natures.

On the day of the Saudi Arabia blast our heroes had volunteered their services to man the checkpoint as security personnel for the Friday prayer. An estimate of 1000 people has been made for the people that were in the mosque that day. The friends sensed some foul pay when a terrorist from ISIS dressed as a woman wearing an abaya tried to get in the mosque from the women’s entrance but failed to do so as the gate was barred. The two boys approached him and stopped him from entering into the mosque. The terrorist having sensed the failure of his plan and to avoid being caught and handed over to authorities blew himself up right there in the parking lot killing 4 people around him in a 5m radius. This number could have been substantially higher if this 5 m blast radius had been inside the mosque packed with people. So our brave men having chased away the terrorist saved many lives and became martyrs. 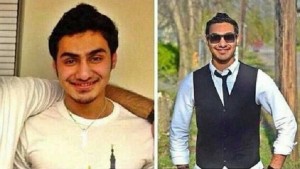 Though these brave souls have departed and their families and friends will miss them in their absence yet what they did was above and beyond all these worldly standards. They marked themselves as an epitome of the human soul’s greatness. They personified the meaning of selflessness and did not hesitate to offer something as dear as one’s life for the greater good. That reminds us of the true essence of the human core. The goodness put in our hearts by our creator which is there untouched and undisturbed inside all of us. Some of just chose to ignore it while some like these courageous lads let it drive themselves.