Last week, the gaps that have since become known as Meltdown and Spectre have been the big issue.Many manufacturers of hardware and software have now provided patches, but these are partly noticeable in terms of performance.

Meltdown and Specter represent serious gaps or attack scenarios, which showed well last week. The good news: The weak points can be stuffed. The bad: That has an impact on performance. Initial benchmarks have shown, however, that the home user gets to feel this only marginally. On Windows PCs, the consequences are hardly noticeable, although it is a bit too early for a final verdict.
Also Read: First Meltdown And Spectre Class Action Lawsuit Against Intel

Meltdown and Specter are synonymous, especially for cloud providers and servers a problem, at least that was the opinion of most experts. The big online services have tried to make a good face for the bad game and have rushed to emphasize that neither the patch endangered security nor slowed down the speed. Because understandably, these two points are the key to the cloud and server business.

However, now the first providers are speaking out and confirming that the gaps and the required patches have indeed an impact. For example, in a post on the Fortnite forum, Epic Games said it wanted to provide an explanation for the recent login issues and service instabilities. And this explanation is called Meltdown, or rather, it is the necessary countermeasures.

Epic Games has also released a graphic, in this is good to see that the CPU load has gone up after applying the patch by leaps and bounds. The operator of Fortnite: Battle Royale will also release more patches and update services this week. Epic goes on to say users continue to face unexpected problems. Other admins report that the meltdown patches cannot be easily loaded. For example, there are reports that the CPU load skyrockets by as much as 20 percent after patching. 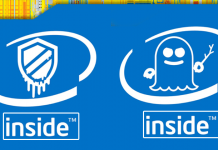 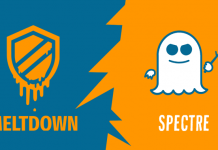