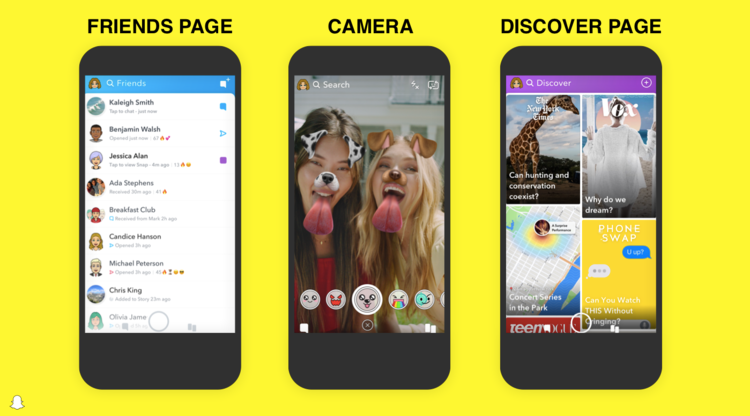 Okay, we all are quite familiar with the fact that whenever there are some interface design changes in a popular app, people go berserk, they complain, they threaten to leave the app, but in a day or two when they get familiar with the new design, the anger and tantrums die away and soon enough people even forget about the old design. IT has happened many times when Facebook made changes in its appearance, or when Whatsapp status design was changed. However the uproar that the Snapchat redesign has created is unprecedented and borders on paranoia.

Soon after the changes were rolled out, this petition was created that demanded that old Snapchat design must be brought back. As the petition went live, people started to pledge it and circulate it among their friends, until it went viral. Until the last reports, over a million zealous fans of Snapchat have signed it. And the number is still growing fast. Also fans have mercilessly critiqued the new design and sadly displayed contempt for it.

So what is this Snapchat redesign all about. Well, the main aim of the Snapchat redesign  was to simplify the app. The content of the app is now divided into three separate screens. One is of course the camera, where you will create your own stories, second is the friends page and the third has all the commercial content, that has been produced by the professionals.

It seems to be a logical division aimed at making the app more comprehend able. Why people are making so much hue and cry over it is not understandable at least to a person like me who have not used the app much.

Let us see, will all this hue and cry make any difference and Snapchat revert to some of its older design features that facing most amount of censure.