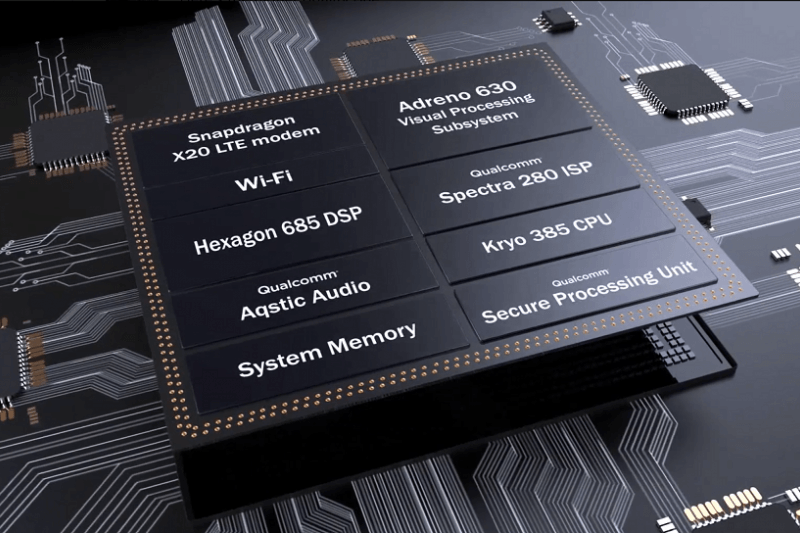 The newest mobile phone chip from Qualcomm, the leading mobile phone chip manufacturers of world, the Snapdragon 845, although came late as was being expected but it is showing signs of greatly improved performance. The reviewers and critics are quite happy for a change and are saying that Snapdragon 845 superior performance is in accordance with that which has been expected from the new chipset.

read more Qualcomm VC, Cristiano Amon, Is Not Bothered By Apple And Broadcom

There are not only performance gains but also betterment in the areas of image processing and document downloads. According to the numbers as claimed by qualcomm there is 20% faster maximum download speeds, 25% faster processing, and 30% faster graphics. performance. Soon the chip will be available in all the leading Android based phones. The first phone to feature this chip will most probably be Samsung Galaxy S9 or the next phone coming from Samsung after the S9.

When individual performance was checked on a model mobile phone in comparison with the Snapdragon 835 mounted on a Pixel XL phone, it was found to be working together. Here is the detail of the findings as reported in the Anandtech review site.

“Overall the Snapdragon 845’s system performance is a mixed bag,” the review concluded. “We had higher expectations from the new CPU changes, but it seems we’ve only gotten incremental improvements…But with that said, whatever Qualcomm doesn’t quite bring to the table with their CPU, they more than make up on the GPU side of matters. Qualcomm’s new Adreno 630 GPU easily impresses and widens the gap to the nearest competition.”

Despite these updates, the chip is being still made on the 10 nano meter scale, same as the previous Snapdragon 835.

The real performance can be known once the chip is released in the mainstream phones. Till then we have to bear with the Snapdragon 835.