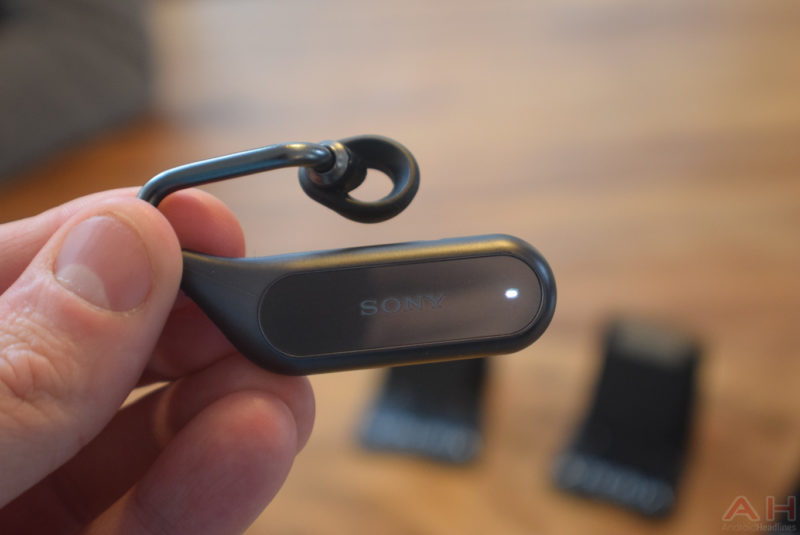 While the Mobile World Congress (MWC) is primarily a mobile-focused event, accessories also play a significant role in Barcelona.The Japanese manufacturer Sony is relying on innovation here and presented at the MWC its headphones called Xperia Ear Duo.

The Sony Xperia Ear Duo headset is a concept that has been known for a while, as the Japanese first showed it last year. Since then, however, it has been quiet about the wireless headphones, which are able to intelligently mix music enjoyment and environmental noise together.
Also Read: Nokia 7 Plus Introduced At The MWC

If you like, the Xperia Ear Duo headset is the exact opposite of the noise-canceling headphones so popular in recent years. Because the Sony solution wants to create a “dual” listening experience that combines audio with what’s going on around it. This happens by means of the so-called “Spatial Acoustic Conductor” system, here the sound generated by the sound driver behind the ear is transmitted directly into the ear.

More than that, the headphones are also able to receive special notifications for calendar entries, news headlines, and other topics. This also happens through the direct integration and support of Google Assistant and Apple Siri, depending of course on which system (Android or iOS) it is used.

The experience has been compared with listening to an audio in a mall, so you can hear them, but without distracting too much from conversations (such as at work). If you want to completely isolate yourself from the outside world with the help of your music, you should probably opt for a different headset.

According to Sony, the Xperia Ear Duo supports “contextual capture and automatic activity detection”. A special app on the smartphone might be necessary. The headphones also support special gestures, for example, you can accept a phone call with a nod and reject it by shaking. The whole thing has its price, of course, because the Xperia Ear Duo cost at least 279 euros, they should be available from next summer.