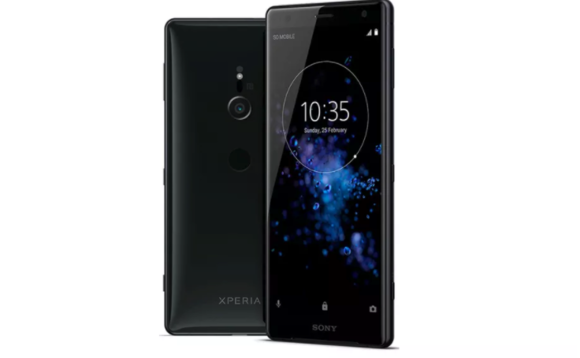 Sony suffered major blow, when Xperia XZ2 complete details released as just a day before the official launch at MWC, Evan Blass gave complete specifications of the phone for Venture Beats. Although it might be a set back for Sony for the launch event, nowadays major tech giants do not mind leaks a lot because in the end it all means publicity for their product.

Evan Blass of Venture beats gave full details of the phone. So here is the specification detail. It does makes Xperia XZ2 a great phone with pretty handsome design. It is going to be the first bezel less phone from Sony with the largest screen to body ratio than any other phone previously released by Sony. The Xperia XZ 2 will have a 5.7 inch screen. In the Compact version the screen size is decreased to a mere 5 inch though. Made from Gorilla Glass 5 set  in aluminium frames, the phone has a robust body. It is available in four different colors. Although there is one surprise color too, just like many other mobile phone manufacturers are doing (One attractive surprise color with a host of usual ones), rose pink, silver, and black are usual favorites while a beautiful cool green color is also added in the list. The finger print Scanner is at the back as can be seen.

read more Is Sony Xperia XZ Premium Worth All The Hype?

Now let us come to the features.

Camera these days is given utmost importance in all the mobile phones. Sony promises a camera with 3 percent more precision as compared to previous cameras. A 19-megapixel camera with f / 1.8 aperture and features such as 4K HDR and super slow motion capture in Full HD resolution is present. The super slo mo is also another coveted feature in the mobile phones these days. XZ2 and XZ2 Compact differ in camera design, according to Blass – but how exactly they differ, he does not give the details. Guess we have to wait another day to know that detail.

Another interesting feature is the use of latest Snapdragon technology. The phones come equipped with Snapgragon 845, the latest Snapdragon chip which has recently been tested to show that it works more efficiently than the previous one.

Now coming to the battery specs, XZ2 is to get a 3180mAh battery, which is USB-C and wirelessly rechargeable. The XZ2 Compact has a smaller 2870mAh battery that does not support wireless charging.

read more Is Sony Xperia XZ Premium Worth All The Hype?

So here are the Sony Xperia XZ 2 compact and Sony Xperia XZ2 complete details released. The phone will come in the market in the first week of March. The exact date will be released at the MWC 2018. Until then these are all the leaks we have courtest Evan Blass.

Are you a, Xperia fan? Do you think Xperia XZ2 and Xperia XZ2 compact will have better market share as compared to other mobile phone releasing at the MWC 2018. Let us know about your experience by commenting below.